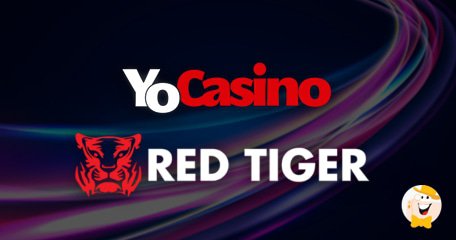 Following the successful agreement with the Rank Group, Red Tiger (RT) continues to expand across the Spanish market. As a result of the deal with the group, the producer got the opportunity to showcase its enticing online slots to YoCasino’s clientele.

With this deal, Tiger will deepen its footprint in this market, and broaden exposure to the territory. During recent months, the multi-licensed content provider has conquered numerous regions, including Denmark, the United States, and Finland.

Among the titles which found their way to the lobby of the Rank Group-owned brand, there are countless player favorites such as Dragon's Luck, Pirates’ Plenty: Battle for Gold, Dragon's Fire MegaWays™, and Mystery Reels.

…YoCasino also got access to Red Tiger’s hourly jackpots, which are popular with operators all over the globe as commercially successful player acquisition and retention tools. As a small reminder, Tiger’s entire catalog is also live with YoBingo.

“Its players are being provided with excellent content that is entertaining audiences around the world, with plenty more in the pipeline for 2021. We are looking forward to seeing the partnership develop.”

November 2020 brought RT the opportunity to enter the iGaming entertainment sphere of the United States. Supported by NetEnt’s license in Pennsylvania, the creative provider has directly integrated with one of the market leading operators, Rush Street Interactive. As a result, local clients got the opportunity to spin the reels of some of the most engaging one-armed bandits such as Gonzo’s Quest™ MegaWays™ and Cash Volt

Only a couple of days before inking that contract…

…Tiger went live with Tivoli Casino, the online gaming site of one of Denmark’s most iconic brands. With this alignment, the operator integrated over 100 certified games drawn from the provider’s award-winning portfolio.

October 2020 brought the opportunity to reinforce the commercial footprint in another prominent market. The provider became one of the few third-party suppliers that got permission to include its content to Veikkaus, the Finnish state lottery.

Aside from the installments from its selection, the studio also unveiled Kulta-Jaska MegaWays™, an exclusive, revamped version of the country’s favorite game.

Which Games Were Added to the Collection Recently?

An unusual mix of retro and futuristic, Wheel of Amp was the latest one to enlarge the provider’s rich catalog. Superb visuals aside, this game is home to premiums, multipliers, and lots of other rewarding components.

…the library welcomed Cobra Queen, which takes players back to antiquity to explore the preserved mysteries and lay their hands on enormous treasure.

Dragon's Fire: INFINIREELS™, presented in the final days of February, brings the innovative mechanics which revolutionized the structure of slot games. Aside from this element, the story is packed with Fire Eggs, Fire Wilds, and Dragon Spins.

Curious to see how it looks? Take a look at the Dragon's Fire: INFINIREELS™, and share your impressions with us!

I like Red Tiger products, from their design, animation, sound game. Usually, I play their games at Betfair.

Great news for Red Tiger, I like their games. And Spain is an excellent market!

These guys have no boundaries! I'm glad to see that this excellent provider is extending into more and more markets.

It's great knowing that Red Tiger has been extending its presence in Spain, Denmark, the United States and Finland. By conquering new markets, the Red Tiger creates greater opportunities for big success.

This is a true success for Red Tiger!