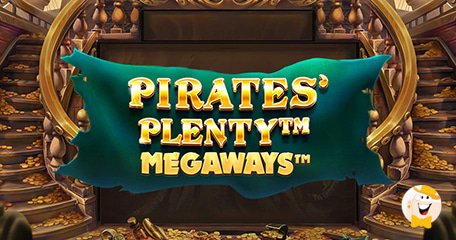 Pirates and Red Tiger are Back with Bigger Loot

Two months after turning up the temperature with Dragon’s Fire: InfiniReels, NetEnt’s subsidiary and developer of top-performing video slots from Malta, Red Tiger, has decided to finally show up and present its latest buccaneer project – Pirates’ Plenty MegaWays.

By releasing another seafaring slot, the award-winning casino game and software provider has once again set sail in search of treasure, now extending its swashbuckling line-up with the biggest and boldest engine, working on 200,704 ways to win.

The previous two versions of Pirates’ Plenty, Battle for Gold and The Sunken Treasure, were released in February and August 2019 with a top payout of 5000x total bet, each telling a smashing, swashbuckling tale on 5x3 and 5x4 grids with 20 paylines in total.

The third sequel in Red Tiger’s highly successful series of pirate voyages follows the same attractive company of freebooters, ready to commandeer new, as well as old fans, yearning for some sea robbing. It is based on the hugely popular Megaways mechanic, developed and upgraded by Big Time Gaming, an Australian studio currently in talks with Evolution about a potential acquisition.

As Red Tiger once again hoists the colors for a raiding adventure, players are invited to join Lady Anne Wild and her crew. This group of marauders charts a course for wins of up to 10,000x which is double what the previous two installments were able to trigger.

Among other buccaneering symbols are the skull and crossbones, a pirate hat, a cannon, pistols, and a bottle of rum, complemented with a high energy soundtrack lifting the spirit on deck and adding more excitement to this maritime theme.

The main new object of every looting adventure is of course to sail the pirate ship and plunder everything on your path. In this game, there is a map above the reels, while reaching the other side may unlock Wild Ways, expanding up to a maximum of 200,704 MegaWays.

Lady Anne comes with a rising 8x multiplier, which appears at the top of the slot once the Wild Ways have been unlocked. As a result, the Wild Monkey will appear at any time to remove all low-paying symbols.

“Pirates’ Plenty has been hugely popular with players over the last year and we’re sure the addition of MegaWays to this latest title will further build on the success of this game series. The combination of a proven mechanic with a popular game series is an irresistible one and we’re excited for Pirates’ Plenty MegaWays to be live!” commented about the launch Todd Haushalter, chief product officer at Evolution.

Meanwhile, Red Tiger is planning a real treat this Spring as there are four new titles in the pipeline this moment. First, we’ll get to see Vault Cracker on 28 April, featuring a maximum win of 1000x, 10 lines and a standard 5x3 grid.

Next, it’s Legend of Athena, coming out in May, only to be followed by Primate King and What The Fox Megaways, quests to uncovering jungle rewards but also bright lights, big bands and foxtastic wins of over 10,000x stake.

Get ready for some smashing wins, LCB’ers!

The sequel should be better than previous one, this time with hilarious 200,704 pirates' winning ways :) Hope this voyage will bring us more luck and drama, good luck :)

The finally completed the trilogy, I was wondering if this game were to be any better and different and they didn’t disappoint at all! Warm recommendation, arrrgh!