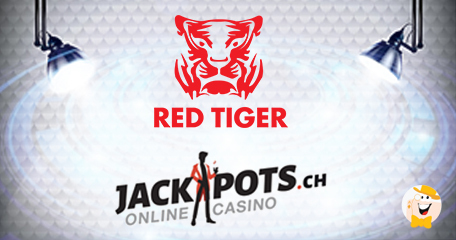 After launching its releases with the country’s first licensed online casino via the Gamanza platform, award-winning casino software supplier, Red Tiger Gaming, has gone live in Switzerland. The provider has released an initial collection of 19 games with Grand Casino Baden’s online site jackpots.ch.

Following new regulations where four establishments in total were greenlighted, jackpots.ch which was run as a social casino has now pivoted to real money gaming. The licenses were granted by the Federal Council and Federal Gaming Commission.

…including Mystery Reels and Dragon’s Fire, as well as the hugely popular Pirates’ Plenty. The pirate-themed title was recently nominated for Slot of the Year at the Global Gaming Awards. Speaking of, the legendary title got its sequel, Battles for Gold, packed with a selection of dynamic features.

As far as Marcel Tobler, Online Casino Leader at Grand Casino Baden is positive that…

… having Red’s impressive games in their arsenal is a huge achievement. The internationally renowned and commercially proven releases will help bring them success in multiple fields.

Founder and CEO of Gamanza, Magnus Lindberg, added as follows:

“This is another proud moment for Gamanza as we begin our partnership with Red Tiger, one of the hottest game providers around right now. I have no doubt they’ll enjoy great success in the Swiss market and add a lot of value to our offering moving forward as we help other operators take advantage of the opportunities in the country.”

Continuing to conquer the industry and the partners with its top-quality content, Red keeps on joining forces with operators across the globe to gain even more visibility.

The latest agreement was signed with Paf, a Nordic operator…

…which holds several licenses of Sweden, Spain, Latvia, and Estonia. The multiyear alignment sees the supplier’s games available to consumers, making an excellent addition to their current portfolio.

They also teams up with UK's leading sportsbooks, Betfred. The content distribution partnership will enable their followers to gain access to the extensive selection of creations, both evergreen hits, and freshly-baked ones.

“a social casino has now pivoted to real money gaming”

Tiger is doing a great job. They apparently have an excellent strategy on how to spread their influence industry-wide.