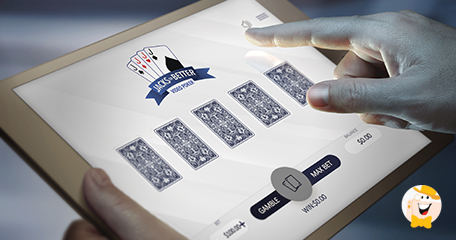 Returning Card in Jacks or Better Opens a Debate on Cheating

Our editorial office was recently emailed a video about a perplexing video poker game at BetOnline Casino, where the same card on the draw that was previously discarded kept coming back to the deck. The puzzling game is called Jacks or Better; it’s the most common variation of online video poker where payoffs begin at a pair of jacks.

Now the tricky part. Even after doing some research, we aren’t fully entitled to call this cheating, since the rule screen stipulates that “cards with ‘held’ remain in play with the others shuffled back into the deck” after hitting ‘Deal’. The baffling game was developed by PureRNG and we will try to address the issue from an objective point of view in this article.

As far as general rules for Video Poker available on the internet say, the game is commonly played with a single deck of 52 cards. After making a bet, a punter is dealt 5 cards from the deck. The player may hold any cards he/she wishes, the rest is discarded. 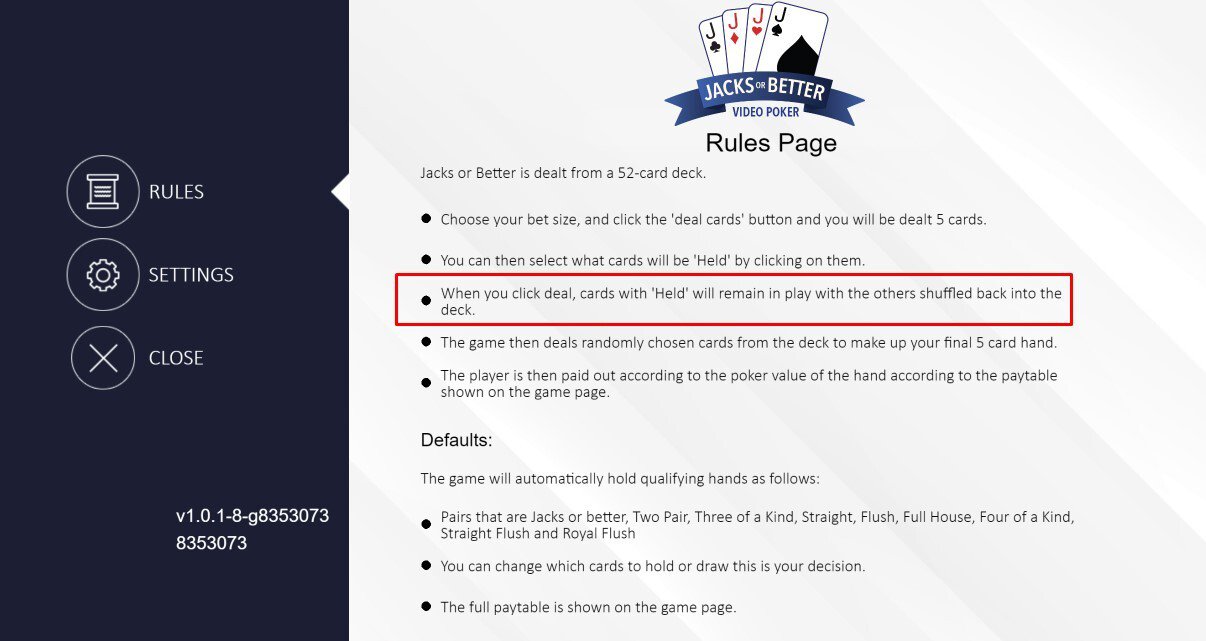 A couple of years ago, Mike Shackleford, the Wizard of Odds, did a similar analysis on a Cryptologic game, which contained something that Wiz described as a “redraw bonus”. In case a player wants to redraw a discard, he/she would pay some percentage of the bet back, varying from 16% to 22% of the bet.

What Happens to Odds and Probability?

Wanting to get an explanation on the issue and get a second opinion on the matter, the player sent the video to the Wizard of Odds. In his thorough analysis, Mike pointed out how the odds change if the discarded cards are returned.

In conclusion, the cost of replacing the discards back in the deck, assuming optimal strategy for each game is implemented, is 2.948%. If the player did not use optimal strategy in the replacement game but used the proper strategy without replacement, the additional cost would increase by 0.003%, totaling up to 2.951%.

The Wizard did a review on this software developer as well, describing them as buggy and antiquated, but did not classify the studio as a cheater.

Making sure the community is informed on the unusual game, Mike opened a debate on the forum, describing his findings and inviting others to share their opinion.

As far as some of the participants of the discussion said, the faulty rule was probably the designer’s fault. He/she most likely misinterpreted the rule and instead of shuffling the stub only, programmed the game to shuffle the discards as well. Malfunctions and glitches do occur and sharp-eyed players quickly spot it, but this particular rule is something completely different.

Members did agree that accusing the studio of cheating is not an option since the rule is displayed. What they indicated is that such uncommon rules should be brought to players’ attention in a maximally transparent way. This leads us to one simple but crucial principle we often repeat- always read the rules and Terms before playing any game or registering in any online casino.

Even if the studio wanted to experiment with the traditional format and present this installment as the game with good familiar paytables but hold a few extra percent, there’s no doubt that it’s misleading for those who have been playing the classic version for a long time.

What are your two cents on this? Would you categorize it as cheating or agree that it’s simply an unethical rule? We’d like to hear your thoughts and impressions, so don’t hesitate to share them with us in the comments section below!

Whoa, wasn’t expecting to come across an article about this! It’s not okay if the card keeps coming back, despite what happens to the odds. It should be like in real life… thanks for going into details about it, it’s definitely something to think about when playing poker online.