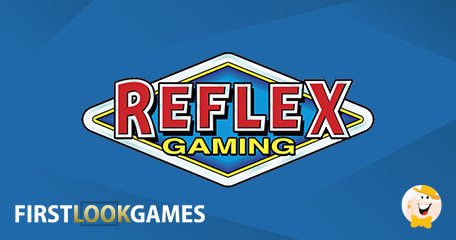 After surprising the online gaming community with a cartoony and fun Moley Moolah back in November 2020, Reflex Gaming, the omni-channel games developer from the UK has decided to enhance its reach on the global market by teaming up with the award-winning First Look Games.

Known as the world-leading hub for all casino affiliates around the globe looking to pick up and request content from the most wanted game providers in the industry, FLG will help Reflex to further strengthen its presence and magnify the extent of new projects, two important key points for global iGaming exposure.

If we look at the facts, Reflex Gaming is among the biggest up-and-comers in the UK market, showing sustainable growth in both analogue and digital machine markets. The games developer specializes in the design and production of market leading games, whose themes range from fruit to mythology and cartoon.

Reflex Gaming had a major breakthrough in the online slot games market right at the end of 2020 after releasing a retro and lovable classic game, Moley Moolah. Developed in partnership with Yggdrasil, the studio published another invigorating title in March 2021, called Desperate Dawgs – a low-medium volatility Wild West shooter, launched exclusively with William Hill, who reported that the game was amongst their top 3 most successful releases of 2021.

“We have an exciting roadmap of game launches planned between now and year-end.  Our collaboration with First Look Games, will help us realize our goal of extending our affiliate offering beyond the UK and into global markets,” said about the aggregation arrangement Mat Ingram, chief product officer at Reflex Gaming.

On a similar note, managing director at First Look Games, Tom Galanis, added that the largest distribution network available within the industry will now be able to connect the studio with worldwide affiliates and players, expand its reach to other markets and promote new products across a multitude of channels. The team is very excited to have Reflex Gaming on board and it looks forward to promoting its upcoming releases too.

Although it is primarily known as a manufacturer of land-based machines in the UK and the Netherlands, Reflex Gaming is also expanding its market share across global online and mobile sectors.

Since the establishment in 2004, the company has remained focused on game development for the pub retail machine market, including arcade, bingo and private member clubs.

First Look Games was set up in 2018 to provide the link between game developers, iGaming affiliates and publishers, providing game information and content about the industry’s latest projects, enhanced game libraries and more.

Partnering up with FLG will position the gaming studio next to the market-leading providers such as Microgaming, Big Time Gaming and Quickspin as well as Reel Play and 2BY2 Gaming.

“FLG will help Reflex to further strengthen its presence”

This is a smart move. Every company in gaming industry should consider expanding to other markets.

Great way to start expanding on a global level, newer brands need someone like FLG or it’s history before their fifth game sees daylight.