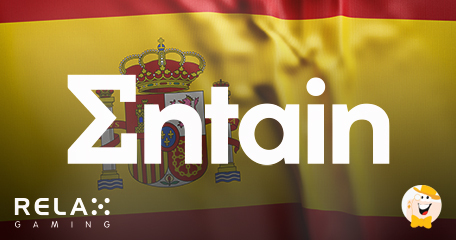 Relax Gaming, an excellent aggregator and provider of exclusive content, has secured a deal to provide Entain with its content in the Spanish region, making its debut in the European country.

As per the new deal, Relax Gaming will supply three of Entain’s platforms bwin.es, partypoker.es, and partycasino.es, with 30 titles such as Temple Tumble Beast Mode and Money Train 2. This will be followed by additional titles after receiving approval from the local DGOJ (Dirección General de Ordenación del Juego), the official regulatory authority in Spain.

As one of the most increasing markets in Europe, Spain provides a wide range of national and international enterprises and has more than 50 active operators.

Relax Gaming already has a strong network with many licensed brands in Spain, and the company will reportedly continue to unveil additional partnerships for the market in the upcoming months.

"Relax Gaming continues to realize its trajectory in regulated markets by adding the Spanish jurisdiction to its list of supported European jurisdictions.

“Spain is known for its heightened regulatory conditions, which differ from other similar markets, and with Relax Gaming's expertise, technology and content we were up to that challenge – with the goal of delivering the market’s most seamless experience available to licensed operators and their players.”

The company doesn’t doubt this will be an excellent beginning for operations and a regular growth in the Spanish jurisdiction.

Nadiya Attard, CCO at Relax Gaming says that the company is delighted to be available in Spain – a region that Relax is excited about. Thanks to some of Europe’s most dedicated customers and great potential in the market, they believe in boosting differentiation with an exclusive catalog.

Obdulio Bacarese, Gaming Commercial Director at Entain, says that his company is confident that Relax games will be more than successful in Spain, and they are thrilled to have these releases in their suite to amuse players. Thanks to the strong influence these titles had in similar regions around Europe, they couldn’t think of a better brand to join forces with than Relax as they both continue to extend in Spain.

Relax Gaming is a forward-looking aggregator and supplier of excellent content, delivering more than 3000 games to its customers. The brand’s portfolio includes online slots, bingo, and poker and it has already developed two programs, Silver Bullet and Powered by Partners.

Relax is growing really fast and their entry in Spain is not surprising. I think they will conquer even more markets across the world…