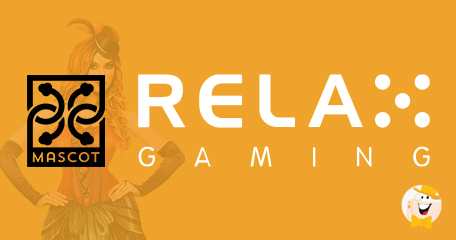 Relax Gaming, an excellent aggregator and provider of top-performing games, has enhanced its Powered by Relax program by adding Mascot Gaming.

The latest deal between the two firms will see the Romanian-based brand adding its range of titles to Relax’s portfolio of games, including Cleopatra’s Gems Rockways, Zeus the Thunderer, and Bastet and Cats.

Mascot is a well-known studio that will benefit from the Powered By Relax partnership and enhance Relax’s excellent suite of games, alongside popular releases from Stakelogic, Hacksaw, and ReelPlay. This deal will also allow the aggregator to continue its regular growth while supplying players with the best-in-class games.

“Mascot has a distinct style to its games and it’s that kind of diversity we look for in potential partners. Their incorporation into Powered By Relax strengthens our international offering and we’re sure it will provide Mascot with the perfect platform to enhance its reputation in the industry.”

Head of Partnership at Mascot Gaming, Ilya Rybasov, says that his company excels in delivering modern casino content for the global iGaming markets, and this deal will give them access to more operators in the market. They have been impressed how easy it was to complete this deal and they are looking forward to making the most of it.

Another Release from the Brand

Relax Gaming has just enhanced its catalog with another interesting release, Temple Tumble 2 Dream Drop. The title is the original release from the aggregator to involve the Dream Drop Jackpots concept, a progressive jackpot triggered by hitting six Dream Drop elements in the starting spin. While playing the title, you will also enjoy other features such as spin modes, tumbles galore, wilds, and multipliers.

In case of destruction of all stone blocks in the base, six spins will be released. As part of the bonus spins feature, some stone blocks are particular and include extra spins, more multipliers, wilds, or a transform feature.

Relax Gaming is a cutting-edge aggregator and supplier of unique games. It makes difference with two partner programs – Silver Buller and Powered by – both accepting top-tier operators in the industry. Its portfolio has more than 2000 games and you can enjoy different verticals such as poker, bingo, and slots. Relax Gaming is licensed in several jurisdictions having received them from the Malta Gaming Authority, the UK Gambling Commission, and the Romanian National Gaming Office.

“Relax Gaming adds Mascot Gaming to its Powered By Relax roster”, relax-gaming.com, May 3, 2022.

“enhanced its Powered by Relax program by adding Mascot Gaming”

Another very creative studio has joined Relax's game portfolio, so more new games are on the way...