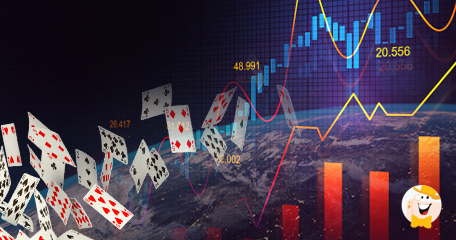 Unlike the previous period, the last month of the soon-to-be-finished year has been rather quiet. Still, some regions went through significant changes.

After numerous delays, the Government of Japan officially postponed its schedule for the launch of the country’s integrated resort casinos to the second half of the decade. Canada’s Minister of Justice, David Lametti, reintroduced legislation to approve single-event sports betting.

If you want to find out more about regulatory changes and updates in the USA, United Kingdom, and the rest of the world, this is the place for you. Stay tuned and keep reading!

Retrospective of Updates from the USA

…the Coalition to Authorize Regulated Sports Wagering, submitted its ballot proposal to approve this activity in the state via the 2022 referendum. As for Pennsylvania, BetMGM introduced its online casino platform in the state on 04 December 2020.

By giving his approval to the amended gaming compact between the state and the Eastern Band of Cherokee Indians, Governor Roy Cooper gave his permission to the tribe to offer sports wagering in North Carolina. The amendments now require approval by the Secretary of State, Attorney General, and the Federal Department of the Interior.

What about the Gambling Industries of the UK and Ireland?

The Department for Digital, Culture Media and Sport (DCMS) begun its review of the country’s current gambling legislation. As far as planned, multiple fields will be evaluated- stake and loss limits, advertising, and bonuses as well as the role of the Gambling Commission.

...the Government raised the minimum participation age for the National Lottery from 16 to 18. For in-person sales, the change takes effect from 01 October 2021, while for online sales is will be applied a bit earlier- from 01 April 2021.

Speaking of, the same decision was made in Ireland, where 18 was defined as the new uniform minimum gambling age. This is part of the Gaming and Lotteries Amendment Act 2019, which came into force on 01 December 2020. In 2021, the country plans a complete overhaul of the current gambling regulatory framework.

Let’s start with Sweden, where the Government launched an inquiry into strategies to level up the effectiveness of its controls against offshore operators targeting the market. Amongst all, the inquiry also included an investigation of the ways in which to minimize match-fixing and organized crime in gambling.

…Spelinspektionen confirmed several specifics regarding the new restrictions on betting scheduled to take effect on 01 January 2021. As far as the regulator confirmed, the restrictions only apply to events played in Sweden and events where the majority of participants are under 18. This group is not eligible for betting, and it’s important to note that e-sports events also fall under these restrictions.

As for Norway, Norsk Tipping introduced temporary loss limiting measures to its interactive gaming platform. Effective from 01 December 2020 to 01 February 2021, the measure sets a maximum daily loss limit of NOK2k and a monthly loss limit of NOK7.5 to four higher risk games in its portfolio.

… on gambling advertisements related to the country’s top tier football league. Teams in the Jupiler Pro League are not allowed to enter agreements with operators not approved in Belgium and they are obliged to inform the commission of any sponsorship deals with gambling companies.

“some regions went through significant changes”