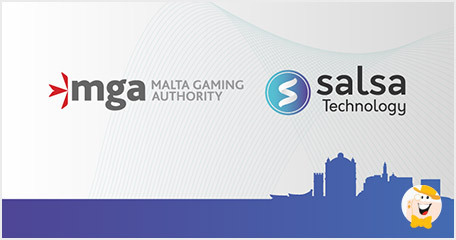 After a very successful month in terms of expansion across several international markets, Salsa Technology has reached a new milestone by receiving its B2B license from the Malta Gaming Authority.

The leading iGaming solutions provider in Latin America is now in a position to accelerate its ambitious European growth and complement a very strong presence across Brazil, Colombia and other states on the continent.

The acquisition of MGA license comes after 10 long years in the industry. A company once known as Patagonia Entertainment is now one of the best platforms in the industry, providing versatile content and creating unique gaming experiences for operators and their customers.

“Being awarded with an MGA license is a significant step for the business as we enter an important expansion stage,” explains Salsa Technology’s Head of Marketing & Communication, Eliane Nunes.

The company is excited about showcasing its products and services to the European market and its most influential operations in the following period, helping it reach new audience and potential partners.

Being a leading B2B company that develops customized solutions for the iGaming industry in Latin America and Europe, will allow Salsa Technology to continue to provide an omnichannel platform that serves online and physical operators in other regions as well.

The company started as a video bingo game development enterprise but is now renowned for providing highly targeted games for the LatAm market. To date, the platform has been certified in Colombia, Mexico, Asia, and Europe.

Back in May, Salsa Technology confirmed its dominant role on the international market by celebrating two important partnerships. At the beginning of that month, the company launched a host of select titles with EGT, a Bulgarian-based supplier with more than 200 games in its portfolio.

Amusnet Interactive, which is the company’s new name, has rolled out a diverse casino content on Salsa Gator so far, including Viking Rising, Orient Story, 20 Golden Coins, Shining Crown, 40 Super Hot, Burning Hot and plenty of other top-ranking titles, scheduled for launch in Q3 and Q4.

In the midst of May, Salsa Technology teamed up with another premium content provider for the iGaming industry – Skywind Group.

Based on the terms of this arrangement, Salsa Gator will feature a staggering number of titles from Skywind’s extensive offering, including customer engagement tools like Must Win Jackpots and Lucky Envelopes.

The brand’s latest games Teller of Tales, Shaolin Showdown, and Cash Mine will also be accessible in South America.

It’s amazing to hear about success like this. To start as a video bingo game developer to now in ten years being a powerhouse in the latam region salsa technologies is proving that they are ready to move on to the international region and the accusations in Bulgaria and the gaming license in Malta are the first steps to...

It’s amazing to hear about success like this. To start as a video bingo game developer to now in ten years being a powerhouse in the latam region salsa technologies is proving that they are ready to move on to the international region and the accusations in Bulgaria and the gaming license in Malta are the first steps to Europe.

Another great job for Salsa Technology. This way they will strengthen their position in the market, and now more players can enjoy their services.

This move will bring them new visitors and players, but I wonder which market they will hunt next ...:)

While EU providers look for ways how to enter LatAm, these guys make it a reality and launch their supercharged products in the most thriving market at this moment. Great job and strategy...