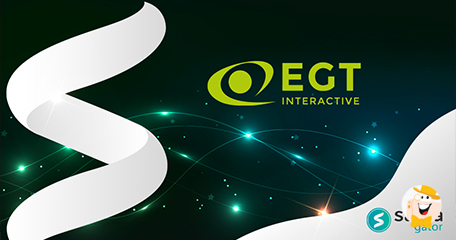 The recently rebranded EGT Interactive, a Bulgaria-based global developer of iGaming content, now known as Amusnet Interactive, is going live with Salsa Technology by launching a selection of its captivating games across the continent.

This imminent rollout of diverse casino content on Salsa Gator will include Viking Rising, Orient Story, 20 Golden Coins, Shining Crown, 40 Super Hot, Burning Hot and plenty of other top-ranking titles, scheduled for launch in the coming weeks and months.

Excellence Through a Single Integration

As explained by EGT Interactive, the studio’s games are primarily customer-focused, designed to exceed expectations and cover all player needs. Likewise, each title is built around an attractive Return-to-Player strategy, proven to increase player life-time loyalty and value.

In recent years, the leading Salsa Gator offering has earned its stellar reputation on the global market and in South America mostly thanks to its rich catalog of engaging content from a vast majority of industry suppliers.

Among the most recent contributors to the platform are NetGame Entertainment, Skillzgaming and Eurasian Gaming, as well as Leander and Tom Horn.

More importantly, every title will be accessible through a single integration, granting extensive success to the distributor within the regulated iGaming sector.

EGT Interactive has a wealth of new and classic games in its portfolio, and according to Salsa Technology, their variety will be well accepted in the LatAm market.

As explained by Irina Rusimova, the company’s chief business development officer, each and every game produced by Amusnet Interactive is inspired by continuous innovation, a user-friendly approach and technical know-how.

The studio is delighted about adding its games to Salsa Gator, concluded Rusimova, as they will be showcased to a much broader and diverse player base on a new continent.

On May 10th, Amusnet Interactive confirmed its first nomination at the prestigious EGR B2B Awards. However, the candidacy is actually the company’s first as a Live Casino Supplier, whose compelling gameplay and user interface have reached an admirable position on the market.

The provider is focusing on creating the best user experience by putting players at the center of the action and giving them freedom to come in contact with an optimized gaming escapade either on mobile or desktop.

As you may know, some of the hottest titles from Amusnet Interactive that are already live in this division are Live Speed Roulette, Onyx Auto Roulette, Live European Roulette and Dynamic Roulette 120x.

The Awards ceremony will take place on 15 June 2022 at The Brewery, London.

“Salsa Technology Builds up Portfolio by Launching a Host of Select Games from EGT”, linkedin.com, May 5th, 2022.

Nice breakthrough for the company, it seems that rebranding is already making an impact on business LOL