Scientific Games Bolsters Presence in US Through Exclusive Agreement with Wazdan 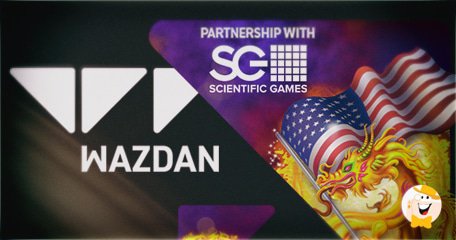 One month after its final release for 2021, Power of Gods: Medusa, Wazdan is back with exciting news about bolstering its offering in key regulated states across the U.S. in partnership with Scientific Games Corporation.

The industry-leading OpenGaming platform will serve as the starting point after signing an exclusive aggregation agreement, allowing the two companies to work closely together and offer high-quality, mobile-first games to players in the states of New Jersey and West Virginia.

With an active history of more than 12 years in the market, Wazdan has rapidly grown into a real iGaming giant, releasing over 140 games in 17 jurisdictions worldwide. Among the countries where its content is extremely popular are the UK, Malta, Sweden, Denmark, Lithuania, Spain, Italy and Greece.

This gave the supplier strength to focus on the North American market in 2022, whose presence should even intensify in the coming months. According to the Malta-based studio, the process of finalizing supplier licenses in Michigan and Pennsylvania is almost complete.

In the upcoming months, OpenGaming customers will gain access to popular titles such as Sizzling 777 Deluxe, Power of Gods: the Pantheon, Black Horse Deluxe, and Relic Hunters and the Book of Faith. On top of that, some of the supplier’s top-ranking Hold the Jackpot hits, such as Sun of Fortune and Burning Stars 3, will soon follow and join the rest of the catalog.

The latest expansion of the ever-growing Scientific Games ecosystem demonstrates the power of the OpenGaming platform, famous among many international operators and lotteries in key regulated markets as well as across the U.S.

“This exclusive aggregation partnership further strengthens the wide range of games we can offer players in key regulated states across the U.S. through our OpenGaming platform, which incorporate responsible gaming tools.”

According to Mayes, everyone within the industry knows that Wazdan has a very talented team that brings a lot to the table. The partnership director strongly believes that players across the U.S. will enjoy the studio’s fantastic portfolio of slots and features and looks forward to new agreements with the Birkirkara-based provider.

Eager to Expand in the US with SG

Meanwhile, Michal Imiolek, chief operating officer at Wazdan NJ LLC speaks highly of Scientific Games as a company that needs no introduction. Thanks to this exclusive agreement, the studio’s progress in the United States can be considered one of the greatest successes so far, and developers can’t wait to work closely with Scientific Games.

Imiolek hopes to expand the company’s footprint in the US and provide players with immersive experiences in the following months.

This is an important thing for players from the US, the supply of games will increase significantly. The arrival is a huge success for both companies, they will appear together in a very large and serious market

This studio never ceases to amaze me, their content is nothing that special yet they achieve success in places you’d least expect – the US. Wonder if there’s a special recipe for underdogs when it comes to breaking through in one of the most promising markets in the world. Only time will tell.