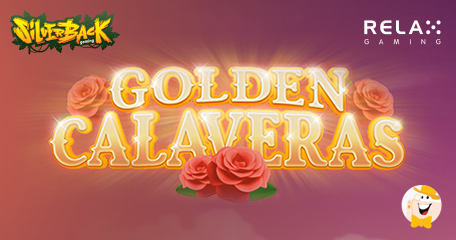 Silverback Gaming, part of GAN and a dedicated provider of content, has added another premium title to its suite. After joining the Silver Bullet program, the latest game from the brand is Golden Calaveras with a 3×5 layout and a maximum payout potential of 50,000x!

The newest online slot from the company blends the Day of the Dead topic with multiple features, taking users on a trip to a Mexican pueblo. Here you will see 10 lines paying in both ways and you also win when the identical symbol appears on a payline on the middle 3 reels.

Going forward with the experience, you will also see the Skull Flip feature. All coins presenting the title’s Golden Calaveras will flip over as soon as the spin is over, showing the identical symbol, which paired with the game’s Mega Skull brings enormous wins.

Following every winning spin, the multiplier reel placed under the main 5 reels is triggered and the multiplier is attached to the following spin if it also wins, with the multiplier enhancing with every consecutive win.

Golden Calaveras also includes a Bonus Spins feature, with 3 bonus elements activating an instant 20x win and 10, 20, 50, or 100 extra games. Once you find yourself in this feature, the multiplier reel is enhanced by one on each spin landing another bonus symbol and awarding two more spins.

“With Golden Calaveras, we wanted to bring something fresh to our players, with some super-sticky, engaging features.

We have worked hard to produce a game that feels authentic, from its design and graphics to the gameplay and sounds. We have also included features that are available to offer to the various jurisdictions the game is available in, including a Bonus Buy for those that allow it.”

The company can’t wait to present Golden Calaveras via the Relax Gaming Silver Bullet platform, and they are sure it will be a big favorite in gaming lobbies starting from the 27th of September.

On the other side, Simon Hammon, CEO of Relax Gaming says that the brand is glad to see another incredible game becoming part of the Silver Bullet from Silverback Gaming. They know how the brand has worked tirelessly on creating a product full of features that will become an instant hit among players across the brand’s network.

Wow, that's some serious potential for winnings. I can't wait to give it a try.

What an incredible product from the company. Looking forward to playing this immersive experience and claim the maximum award…