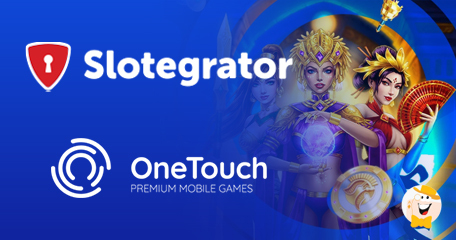 Following a historic line of partnerships throughout September, Slotegrator continues to build its network of partnerships by teaming up with OneTouch. Both distributors of content are looking for new ways to offer the widest possible variety of games to players, and this time, the business accelerator has chosen one of the leading mobile gaming content developers.

As a result of this collaboration, Slotegrator has gained access to integrate innovative slots via APIgrator solution and allow players around to world to enjoy a selection of titles such as Flexing Dragons, Queens of Glory or Lucky Lion.

Incorporated in the Isle of Man, OneTouch started out as a table games provider. In the meantime, the company focused on current trends and reoriented its efforts towards mobile gameplay, forming a “mobile-first” strategy where games are originally developed for single-hand use in portrait mode. The studio then takes the design back to the drawing board and applies it to other platforms, making each product more user-friendly than any other developer.

In doing so, OneTouch has created a scope of innovative games for fast and flawless gameplay, while its players are more than attracted to high RTP ratios up to 99%, including realistic graphics and animation rendering. By combining innovative mobile-first designs, multiple languages and a vast selection of currencies, products are well-suited for the international reach, showing constant rise and higher demand in Europe, Asia, Africa and Latin America.

According to the developer, studies have shown that its content generates impressive engagement and revenues, featuring over 3,000 bets and 800 minutes in gameplay each month on average. The partnership with OneTouch will allow Slotegrator to diversify its game content beyond limits, and Ollie Castleman, head of marketing at OneTouch, comments the relationship with these words:

“Slotegrator’s partnership network includes an impressive range of high-profile operators in regulated markets across the globe, so we are delighted to have the platform provider on board. This agreement allows our immersive gaming suite, which has been lauded for its mobile-oriented designs and sharp interactivity, to continue attracting a wide variety of different players. We are equally excited about the new partnership, and to offer the developer’s games through our APIgrator solution.”

Earlier in July, Slotegrator reached two new important aggregation deals with Thunderkick and Evoplay, implementing an admirable collection of next-age slots onto the platform. However, the company has struck a series of landmark arrangements throughout September and continued to maintain high standards of quality.

Not only did the brand unite with Booming Games and Lotto Instant Win, the technology provider lifted the veil on the Indian market and led the way in opening doors to the Ukranian landscape, firmly positioning its presence on the global iGaming scene.

APIgrator currently incorporates software from over 60 of the world’s leading developers.

“Games From Onetouch are Now Just a Touch Away”, slotegrator.pro, October 7th, 2020.

“teaming up with OneTouch”

It’s nice to see other studios fighting for their spot under the sun. The industry is becoming a truly competitive place.