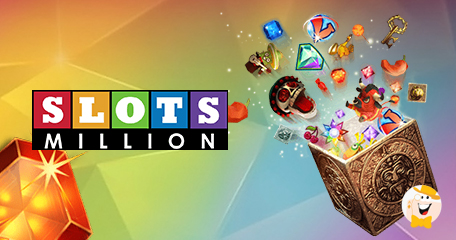 SlotsMillion has been going hard toward the goal of blowing its competitors out of the water in terms of game selection. The operator announced the integration of its 34th software provider, Noble Gaming.

Wondering who Noble Gaming is? Join the club. There’s little known about the company but we do know that they began as a land-based slot developer. The online business has progressed through the years to include over 150 titles its portfolio.

The casino features just 15 of the titles, which have become popular among European players. If I’m honest, the graphics, themes and overall performance of the slots aren’t that great. What does set these games apart from the rest is the paytables. For example, let’s look at ‘Mystic Forest’. The unicorn wilds pays 1,000,000 credits for five and 200,000 credits for four. See what I mean? All symbols have pretty juicy payouts. ‘Original Gang Star’ is another game with an impressive paytable including a wild, scatter and bonus feature offering 20 free spins with winnings multiplied by 4x.

Throw it back to the days of classic one-armed bandits with ‘Burning Joker’. It’s got all the bells, fruits and sevens to transport you to the good old days of slots, but with a modern spin – literally. It’s also aptly named because whenever a joker appears on the reels, he burns up the remaining positions to turn the entire reel wild.

There’s much more where that came from. Check out ‘Temple of the Sun’, ‘All the Vogue’, ‘Thunder Wild’, ‘Gypsy Soul’ and more. All these games bring SlotsMillion’s grand total to almost 1,400 slots!

“they began as a land-based slot developer”

Sure I will give you some feedback. My gambling budget is however restricted for this week so Im expecting to play at Slotsmillion again only next week. But will get back to you as soon as i have tried out the games. kind regards, varvero

Hi varvero! If you play these slots for real money, let me know. I'm curious to know what you think. If you can get past the underwhelming graphics, the payouts look surprisingly good. Lots of luck :)

Interesting to see they're stocking up on their already huge game selection. If someone doesnt like slotsmillion, it's surely not because of their limited game selection. lol IM curious to try out these new slots, although Im a bit disturbed by the constant advertising emails I get from Slotsmillions. They should know better...

Interesting to see they're stocking up on their already huge game selection. If someone doesnt like slotsmillion, it's surely not because of their limited game selection. lol IM curious to try out these new slots, although Im a bit disturbed by the constant advertising emails I get from Slotsmillions. They should know better than send me this much, and its mostly the deposit bonus offer. Will deposit to try the games though.