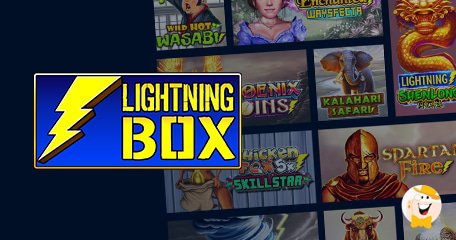 One month after announcing the launch of Silver Pride in New Jersey, an innovative casino game developer has formed a partnership with a famous Swedish casino brand to enter a new market.

The specialist slots provider, Lightning Box, is now live in one of the fastest developing iGaming landscapes, Colombia’s online market, primarily thanks to a distribution partner SG Digital.

As reported, the studio has recently presented two of its most popular releases with a leading casino brand from Sweden, such as Blown Away and Dragon Palace. The latest additions have attracted an army of fans across the world, including land-based and online sector. Customers in the rapidly growing South American country have recently also seen Lost Temple, which was launched on Inspired’s platform.

“Colombia’s slots players have been enjoying two of our games in bricks and mortar venues for some time now, so we’re excited to be able to offer them games on their personal devices too,” said Peter Causley, CEO and co-founder of Lightning Box about the partnership with Betsson. The chief executive is confident about the quality of supplier’s products, which have confirmed universal appeal in multiple markets.

While presenting Dragon Palace was a natural step after an early success of Blown Away, the studio has high hopes that Colombia is the first of many countries to welcome new games in Latin America as a sector that continues to regulate and grow.

Earlier in May, Lightning Box made a debut in Norway too, expanding its portfolio to Scandinavia with Norsk Tipping. Astro Cat was among the first titles to go live in this region, famous primarily for a wide range of lottery, sports betting, slots and instant games.

Causley said back then that the Scandinavian operator has a preeminent position in the country, opening interesting opportunities for the studio to get in front of new players.

Although provided via SG Digital, the deal follows the success of an earlier integration of slots with Betway via Microgaming.

As already mentioned, the Garden state is among the first territories in the USA to license Lightning Box’s latest slot titles. Operators in New Jersey have already set their hands on Silver Pride, the studio’s highly anticipated release from July 7th.

It is powered by a 4x5 reel setup and 1024 ways to play, sending players on the sweeping plains of the Savannah in search of shining white lions.

Players will encounter zebras, hippos, meerkats and spear-rattling tribesmen while trekking but when the Silver Pride appears through the undergrowth, customers may well earn bonus rounds and solid wins up to 5600x total stake.

Players in New Jersey will be among the first to try out the title in North America thanks to the quick licensing efforts of the state’s Department of Gaming Enforcement.

Lately Sweden, next Colombia, awesome news :) They keep extending their presence. What's next ...:)

I don't live near any of them like I did before, but I used to love tribal casinos! Strange hearing last call before 2AM but overall I always found the staff and management to be very personable and friendly. Many good memories!

Nice expansion deals, they are covering most of Europe and Americas now, congrats! But we all know where this provider still enjoys the biggest popularity.