Spinomenal Greenlighted to Operate in Belarus 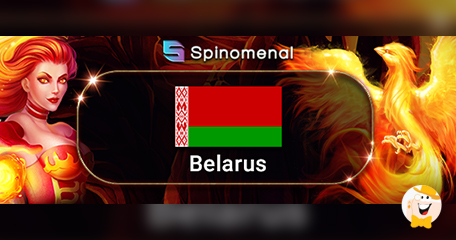 Spinomenal, one of the leading iGaming content suppliers has received a certification for the Belarusian market. With this license, the inventive developer can deliver its cutting-edge HTML5 online slots to the local audience.

During recent months, the studio’s catalog went live in multiple jurisdictions throughout the world. Spain, Croatia, Serbia, and Sweden are some of the markets where the provider’s action-filled portfolio became available.

iGaming Market with a Great Potential

Egyptian Rebirth II, Demi-Gods II , and Lucky Jack – Tut’s treasures are some of the numerous slot adventures which became live in the Belarus market. This certification is strong proof that the provider is committed to fulfilling its expansion plans and eager to conquer as many key jurisdictions as possible.

“Belarus has great potential as a regulated market with considerable upside for Spinomenal’s long-term strategic mission. We look forward to establishing many mutually beneficial partnerships in the region.”

November was marked with one more approval, as the studio has been granted its certification for the Croatian iGaming market. Operators within Croatia are now able to gain access to and offer Spinomenal’s suite of outstanding HTML5 slot releases.

Also, players from Bosnia and Lithuania can now check out the producer’s enticing adventures, as the content received the necessary certificates from the local regulators.

…the company was granted licenses to operate in Colombia, Netherlands, Sweden, and Spain. By making their content live across the top-performing iGaming markets, they continuously expand their presence and gradually build the reputation of an internationally recognized software developer.

Catching a Glimpse of the Studio’s Portfolio

Aside from conquering new strategic territories, the studio has been diligently growing its catalog. Spreading across 5 reels, Western Tales brings 25 paylines and a wealth of features such as Power Spins, Extra Stacked Wilds, and Grand Finale. It’s interesting to add that there are 4 RTP options, so the payout percentage spans from 88.76%- 96.10%.

Accommodated across five reels, Wolf Fang also comes with 4 RTP modes, extra spins, and max exposure of up to 1,000x the total bet. For those who want to set sails across the dangerous seas, Age of Pirates 15 lines displays an attractive return percentage of 96.29%, and the multiverse of features such as Moving Reels re-spins, Shifting Expanding Wilds, Extra Wilds, Buy Feature, Stacked Symbols, and many more.

As seen from the brief preview of the catalog…

…Spinomenal is one of those studios that’s not afraid of experimenting with a diversity of topics and a variety of features. Equipped with more than 100 original HTML5 releases, the library hosts stories suitable both for those looking for interesting retro adventures and modern tales.

In addition to this, the company bolsters a well-equipped Spinomenal Aggregation Platform (SAP) which is packed with more than 2,000 games from respectable third-party providers. Thanks to a maximally simplified procedure, the integration process is quick and hassle-free.

“went live in multiple jurisdictions throughout the world”

One more regulated market entered by Spinomenal, they are now visible in a large number of countries, way to go

Another smart move from this provider!

Big step forward for Spinomenal! I am glad to see that this provider is expanding its market.

Congrats Spinomenal, this is an important milestone for you!