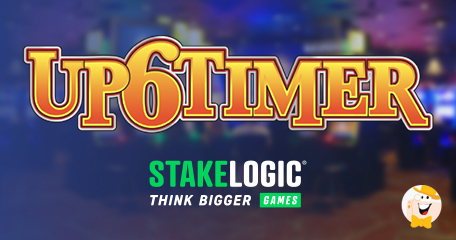 Stakelogic is determined to conquer the fast-increasing markets all across the globe. The provider of versatile gaming content has just added another powerful game to its suite exclusively for the Dutch market, Up6Timer. The new title sees the brand continue with its strategy of regular growth.

The provider’s brand-new game mixes elements of a classic slot with contemporary elements. It includes an irregular matrix that allows gamblers to adjust the number of reels and paylines. Beginning from the traditional 3x3 slot with 5 paylines, users can enhance the number of games up to 6x. This extends the layout to a massive one consisting of 8 reels and 30 winning ways.

When it comes to reel symbols in the game, here you will find orange, plum, lemon, pear, raspberry, and watermelon fruit elements. This is followed by traditional symbols such as crowns and red sevens. There is also a joker element that awards the highest payout every time three or more land on an active payline. The special icon becomes even more important when the Super Stake™ option is chosen.

The slot also comes with a Super Stake™ feature, allowing users to activate the additional features for an extra wager of 2x the stake. As part of the Up6Timer, Super Stake is exclusively available when all 8 reels are chosen. Should customers decide to set it in motion, any joker elements that land during a spin will deliver an instant mystery award that could result in a 100x wager.

There is also another benefit for players. As part of the same, any regular wins that are gathered within Up6Timer’s base game can be enhanced in a typical gamble feature. This sees players predicting whether a virtual coin will appear on heads or tails. A player who correctly guesses the side will take the prize and additional rounds.

“Stakelogic has enjoyed major success in the Netherlands since the Dutch igaming market opened last year – and for that reason, we’re delighted to be able to offer players in the country an exclusive new release.

“Up6Timer offers all the instant-play appeal of a classic fruit machine but kicks the action up a level with the addition of multiple reels and Super Stake™. We’re sure the game will prove a popular release at all of our Dutch online casino partners.”

“Exclusively for The Dutch Market”

Well this is definitely an interesting mechanic to play around with, I've always been a huge Stakelogic fan, especially of the diverse and interesting game catalogue. I love that every game has all sorts of new elements that are unique to provider in some way. I will for sure be checking this one out!

This game will be the right fit for Dutch players. Stakelogic has already proven record of delivering top-performing games…