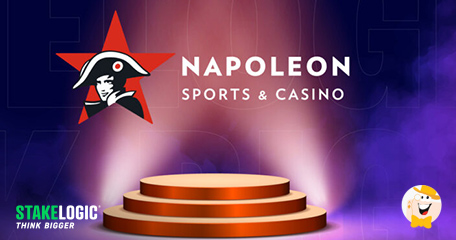 One of the most acclaimed software brands in the industry, Stakelogic, has closed a deal with Superbet Group-owned brand, Napoleon Sports & Casino to introduce its games to more players than ever before.  As per the agreement, a range of games including slots and dice options will be made available to players in Belgium, and the launch of the whole portfolio is expected very soon.

The deal means users at Napoleon Sports & Casino will get full access to a whole selection of new games, such as slots with special Stakelogic mechanics: Super Stake and Mega Super Stake. Stakelogic’s Megaways releases will also be offered under this deal, and that will include well-known Expendables Megaways and all the new releases, El Cowboy Megaways.

Official Statements from Both Brands

Commenting on the terms of the recent deal, Neil Tanti, Sales Manager at Stakelogic, says that the company had a big focus on enhancing its BENELUX-based partnerships this quarter and the agreement with Napoleon is one of the successful stories of such efforts. They are delighted to be able to introduce the games to players and they are certain this is the beginning of a very promising relationship. They have already made great success in Belgium with the most popular slot titles, as well as the dice releases that are also involved in the Napoleon deal, so he is sure players at Napoleon will engage.

On the other side, Melissa Deboelpaep, Gaming Content Manager at Napoleon Sports & Casino, expressed his opinion:

“It’s brilliant to finally see the suite of games from Stakelogic appear in our casino lobby. We are committed to providing our players with the most attractive offer in a safe and protected environment. This partnership fits perfectly into that vision and we’re certain it will be a great success. Our players already found their way during the soft launch, we noticed an excellent take-up”

Another Launch of the Brand

Stakelogic has also decided to extend its presence in Estonia and Latvia after teaming up with the well-known operator, OlyBet. This deal will see OlyBet featuring the provider’s full collection of classic slots and modern games for the very first time, enabling them to experience the thrilling atmosphere.

OlyBet users in two markets will get the opportunity to enjoy classic games such as Mighty Joker Arcade, Hot 7 Hold, and Spin, Hot Joker, and Ultra Joker, with more to come soon.