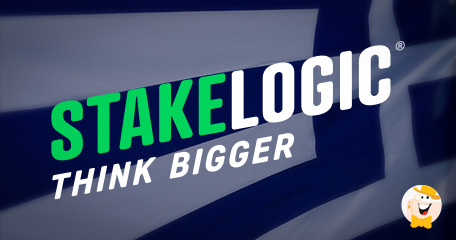 After confirming another European expansion and teaming up with Danske Spil on 15 December, the Dutch-based in-demand software provider is making its second major breakthrough this month by receiving a license from the Hellenic Gaming Commission to operate in Greece.

The sought-after software studio will now be able to launch its innovative collection of games such as Candyways Bonanza 2 and Pyramid Strike with a new audience, and fortify its position in the country with a series of partnerships.

Super Stake in Greece for the First Time

After passing rigorous security checks of regulatory bodies throughout Europe, such as the Malta Gaming Authority, Romania’s ONJN and the uptight UK Gaming Commission, Stakelogic is now adding the Hellenic Gaming Commission to its growing list of approvals, giving the studio green light to enter the country’s online gambling market and launch its full suite of slots and live games with operators in Greece.

As of December 20th, the software wizard from Eindhoven will be able to introduce its games to Greek players via any licensed casino in the country. On top of that, the studio will also present its signature range of Super Stake titles in the market for the first time. These games offer players a chance to raise their starting stake in exchange for special treats like additional scatters and various bonus features.

Getting a legitimate certification for Greece one year after the Hellenic Gaming Commission opened up the application process for new online gaming licenses.

Stakelogic has made a significant progress towards expanding in other European countries in 2021 after confirming its dedication to the Denmark market and Ukraine, enabling many popular providers to secure access and launch some of the most favorable games in the world!

As already mentioned, acquiring a Greek gaming license is in line with Stakelogic’s strategy to join some of the world’s most prosperous markets like Ukraine, Malta, Romania, and the UK, which further emphasizes the studio’s commitment to expand its global reach and ensure access to a broader audience.

“Having thoroughly reviewed our business offering, we’re delighted the Hellenic Gaming Commission has awarded us a Greek gaming license and we’re very much looking forward to sharing our product with players in the country for the first time,” commented Stephan van den Oetelaar, CEO at Stakelogic.

Moving into Greece also reflects Stakelogic’s wider strategy to expand its global reach and present a new premier collection of slots and live casino games in developing markets. The company is now licensed in five major gaming jurisdictions, confirming its players to be a trustful partner that delivers a high-quality gaming experience with 100% regulated, licensed and secure background.

Candyways Bonanza 2 Megaways is Out

The latest hit follows an earlier debut from 2020, and it comes with even bigger multipliers on 117,649 Megaways to win. In addition, the game is overhauled with a new free spins feature that offers players a choice of multipliers.

Congrats to the studio on making such a great effort and launching its games in Greece in time for the holidays!