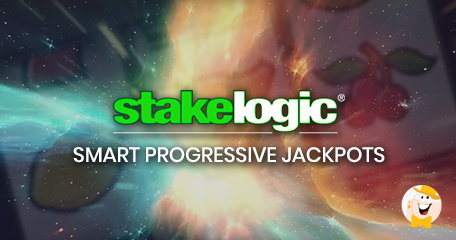 State-of-the-art game developer Stakelogic has just upped its game by quite a margin by introducing a brand new smart progressive jackpot system that dishes out prizes on regular basis.

In addition to that, the company has simultaneously revealed the names and details of two most recent additions to its gaming repertoire.

The progressive jackpot system is dubbed ‘Stakelogic Jackpot’ and it has been designed to “fill up quickly an pay up regularly”. The system’s first inclusion will be an integral part of two hot new titles – Nudge Runner and Joker4Wild – that will benefit largely from the pooled winnings.

A broader scope of plan for the company is to release at least one progressive jackpot game in a 30-day challenge for the next six months...

…and as Stephan van den Oetelaar, Stakelogic's CEO, puts it: “the Stakelogic Jackpot system has been designed with a sole purpose of offering whopping big wins which will increase both player loyalty and operator partners' revenues.”

He also adds: “Players love the thrill and excitement of progressive jackpots, and we are delighted to be able to offer this across our two new titles Nudge Runner and Joker4Wild.”

Slots With a Twist?

Even before the launch of its groundbreaking jackpot system, Stakelogic was famed for their unique approach to slot making, which in their case is taking the classic structure of a 3-reel or a 5-reel game and giving it a modern twist...

This is precisely the case with both Nudge Runner and Joker4Wild. The former is a classic fruit machine game with a twin set of reels featuring a nudge option. Reels can be nudged three times after a spin, which greatly increases the chances for great winning combos.

When double star symbols land on reels, they deliver massive wins. All the time, there's the tasty prospect of hitting the Nudge Runner Jackpot.

On the other hand, Joker4Wild comes with four unique game modes that players can opt for, with the most prominent being ‘Wild SuperBet’ feature. In SuperBet mode, jokers work as Wilds and dish out mystery wins when you least expect it.

Landing Special Double symbols on reels will prompt big payouts whereas Stakelogic Jackpot, all the while lurking in the background, builds up the suspense and anticipation as it keeps brewing behind the scenes, waiting for the moment to shine through.

Gradually, as the game progresses, the chance of a jackpot payout rises to 100%, meaning that the inevitable payout will happen, sooner than later.

A small reminder follows that this innovative company has been keeping itself very busy over the last couple of months with the release of several interesting titles...

...most notably, Book of Adventure: The Original Journey, which is an adventure slot game set in ancient Egypt. In this game, the mystical book will award extra spin mode with retriggers and expanding symbols.

White Buffalo: Cluster Wins is a Native Americans-themed game with bonus features, extra wild symbols and a unique shooting star feature that transforms symbols on reels all come together for a unique game experience.

Finally, a game that will only get more relevant as weeks go by, Wild Christmas is a wonderfully colorful and rendered slot featuring Santa Claus, fun bonus games and candy cane symbols that will, like proper Santa, hand out mystery gifts.

The preview of the game can be seen here.

Stakelogic has an interesting idea with their new progressive jackpot system. I don't think that any slot player would discourage any developer that wants their games to pay big jackpot prizes more frequently, giving players, better chances to win. This group, just like every other group, is hard at work, trying to create...

Stakelogic has an interesting idea with their new progressive jackpot system. I don't think that any slot player would discourage any developer that wants their games to pay big jackpot prizes more frequently, giving players, better chances to win. This group, just like every other group, is hard at work, trying to create the most desirable game, for slot lovers. I applaud every one of them!

Good to see more and more developers introducing progressive jackpots, that will make the gaming scene much more interesting.