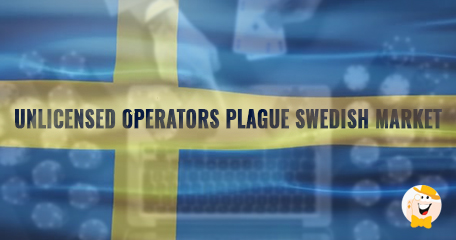 With Swedish market re-regulation being scheduled for January 2019, one would think the industry is on the right track. According to recent discoveries, however, nothing could be further from the truth.

Unlicensed operators are on the rise, and continue to undermine licensed iGaming companies, according to the latest quarterly figures due to be made public by the country’s gambling regulator (Lotteriinspektionen) prior to the introduction of the new iGaming regulations.

Gross gaming revenue (GGR) in the Swedish market rose 1.2% to SEK16.8bn (ca. $1.8bn) during the Q3 2018, but there was a decline in the amount generated by licensed operators. Licensed companies earned SEK12.2bn - a 2.4% decrease year-on-year, while the joint revenue of the unlicensed iGaming businesses rose 12.4% to SEK4.5bn.

Svenska Spel remains the country’s largest gaming operator, having generated ca. SEK6.4bn in revenue in the Q3. The figure is 1.6% lower compared to the same period in 2017 and is partially due to a slump in land-based gaming revenue (9%). By contrast, online gaming revenue saw a 23% rise year-on-year.

The situation is similar to that of the racing operator ATG’s, which saw a 0.4% slip in revenue (SEK3.1bn). The slump is mainly attributed to a 10% drop in land-based gaming revenue (as opposed to a 6.7% increase in online revenue).

New Regulations Due in January 2019

As previously mentioned, Sweden is to introduce new gambling regulations from January 1st, 2019, which will, among other things, officially legalize online gaming and introduce an 18% GGR tax. Up to 70 operators are expected to apply for a license, with 55 of them having already submitted their applications since Lotteriinspektionen started accepting submissions (August 1st). Successful applicants are to be announced some time during November, with the regulator stating that some operators may be “forced to wait” due to errors in their paperwork.

The majority of the businesses to have applied are either based in Sweden or are in some way linked to the country, and include Betsson, Cherry, and Expekt. Among others looking to enter the Swedish market are GiG-owned MT SecureTrade Limited and Zecure Gaming, Mandalorian Technologies Limited, and crypto casino operator CashBet.

“a decline in the amount generated by licensed operators”

So, online gambling isn't really legal in Sweden? And the new regulations will "officially legalize online gaming?" They talk about what they lost to illegal operators in the past, are these new applications from previous illegal operators, attempting to become legal and is that gonna take care of it? I'm sorry, but I...

So, online gambling isn't really legal in Sweden? And the new regulations will "officially legalize online gaming?" They talk about what they lost to illegal operators in the past, are these new applications from previous illegal operators, attempting to become legal and is that gonna take care of it? I'm sorry, but I have seem to have more questions than I have answers. Well, lets hope that this is what is necessary and it will work.

Not exactly unexpected, although we are talking one of the most regulated and pedantic countries of the world so, yeah...somewhat weird it is. But these new licensing regulations set to go live from January should tidy things up.

That caught me by surprise…