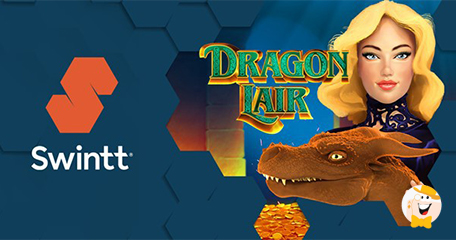 Swintt, one of the leading providers of casino games, has added another great slot to its suite, the Dragon Lair experience. Just join the magical experience with a fantasy kingdom covered with gallant steeds, maidens, and fire-breathers.

The game is played across a 5×3 reel layout and there are also 10 paylines. The main theme is based around fruit and other features of the game are keys, jade beetles, griffins, and golden eggs with ace-to-jack playing card values.

A special symbol that players should look for is a blonde-haired warrior princess – who works as the wild and will extend to fill any columns that it appears in. Going forward, there is also a dragon’s lair, working as a scatter symbol.

As soon as three or extra of the latter icons land anywhere on the board, users will get 12 Bonus Spins on reels where the extending wild is even more important. Each time a special symbol lands on the reels, the dragon awakens and transforms the lowest-value symbol as an extra spin is awarded.

As soon as it happens, the existing lowest symbol will be enhanced to the one above it, and with no limit to the number of magic enhancements that can occur during the Bonus Spins.

Dragon Lair also features an optional risk game where you have a chance to guess the color or suit of a concealed playing card. If you make a correct prediction, it will double or quadruple the value of their existing total win.

Swinnt is a creative star in the industry, with award-winning games and a premium portfolio that appeals to and engages players all over the globe.

Commenting on the newest addition to the suite, David Mann, Chief Executive Officer at Swintt, said:

“While our Premium Games are well-known for their straightforward gameplay, iconic graphics, and classic casino-style sound, we’ve never seen any reason why including these familiar aspects should be a barrier to including exciting new features.”

According to his words, in the latest Dragon Lair slot, the company has achieved a balance between a classic land-based game and a contemporary video slot title by including a range of hot bonuses such as expanding wilds and Bonus Spins with magic symbol enhancements. They expect it to be another popular inclusion to the Swintt portfolio when it lands in casinos.

Swintt has recently received a prize for “Rising Star in Casino Innovation/Software” at the SBC Awards 2021. It aims to deliver localized content that supports the operator's growth in important markets.

Wow! I can’t wait to enjoy this experience and trigger incredible wins…