Swintt Boast New License to Operate in the UK! 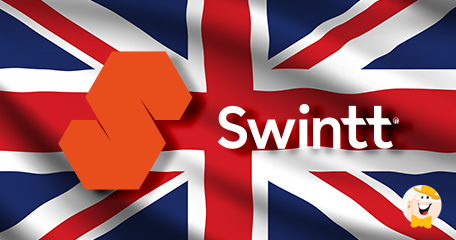 Swintt, one of the biggest names in the online gambling industry, announced that it has taken another step towards one of the key markets in Europe after securing significant approvals from competent authorities!

The company stated that it has received permission that will enable this supplier of premium content to operate in the United Kingdom!

The UK license marked an important milestone for Swintt, who secured an even better position in the iGaming industry and reached an even greater number of punters.

Its releases are one of the most popular and engaging ones, and we believe that a new audience will adore them!

Swintt was established in 2019, and in just a few years the company managed to expand its portfolio with plenty of amazing products, collect awards at prestigious competitions such as EGR B2B Awards in 2022, sign significant partnerships and enter some of the key markets.

The new expansion will see the distribution of the supplier's products in several phases, the first of which will contain multiple amazing products such as the Xtra collection of slots, Aloha Spirit XtraLockTM and Mystic Bear XtraHoldTM, as well as fan-favorite Candy Gold, which features jackpot Tiki Spins, locking re-spins as well as much more!

These releases will be followed by one mega-hit release The Crown through which you will meet the popular Vinnie Jones! As well as others, this online game will provide you with an unforgettable iGaming experience thanks to the various features including special wild and bonus features!

Words from the Rep!

David Mann, Chief Executive Office at Swintt, said:"Swintt is thrilled to be able to announce the issuance of a UK license that will enable us to share our incredible collection of games with players at UKGC-licensed platforms for the very first time. While we should be able to announce the first of our UK partners shortly, in the meantime I can assure players that it won't be long until they're able to access some of our award-winning titles and experience the features that have helped us become one of the leading software providers."

“This green light also means that the provider's products will get a chance to be distributed on UKGC-regulated platforms!”

Swintt is making significant efforts in expanding its presence around the globe.

Good for them! Good luck with future endeavours!