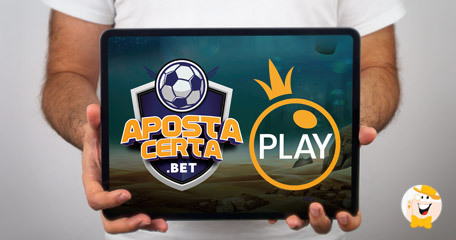 Pragmatic Play, one of the most recognizable casino software suppliers in the online gambling industry, has decided to expand its presence in one of the leading markets in the LatAm region: Brazil!

The company is known for its fantastic products, and has launched its portfolio several times in this region thanks to partnerships with popular operators, including Galera Bet!

Pragmatic Play confirms its presence in Brazil by joining forces with the well-established and one of the leading operators in the country, Aposta Certa!

Based on the agreement, the developer will supply its new partnership with a wide range of impressive online casino games from its three collections, including online slots, live casino, and virtual sports.

On the platform of the new partner, Pragmatic will deliver an array of its ever-popular online slots, which are proven to be one of the most sought-after among players across the globe. From now on, punters from Brazil can take advantage of the award-winning Sugar Rush™ and Gates of Olympus™ as well as several ones from the Big Bass Bonanza™ series.

Aposta's games lobby will now be enriched with several live casino titles including the two hits Sweet Bonanza CandyLand™ and Boom City™ as well as classics such as roulette and blackjack.

However, companies have prepared much more than that...

Casino's offering from now on features and games from the Virtual Sports collection such as Penalty Shootout!

The companies are satisfied with the new agreement, and the representatives gave their comments...

Victor Arias, VP of LatAm operations at Pragmatic Play, said: "We have signed a plethora of multi-product deals and are delighted with another exciting commercial agreement in Brazil. The strength of our multi-vertical offering is clear, and we can't wait for our games to go live with Aposta Certa in the near future."

Aposta Certa Representative said: "Pragmatic Play combines immersive games with high-quality, proven concepts and its global status speaks for itself. We're delighted to partner with them, and look forward to seeing our players engage with its content as we continue to grow together."

This will be a very good business for the Aposta Certa company, which will advance at a high speed with Pragmatic Play.

Glad to hear that the brand found another partner in Brazil!