By Ana Markovic
Back 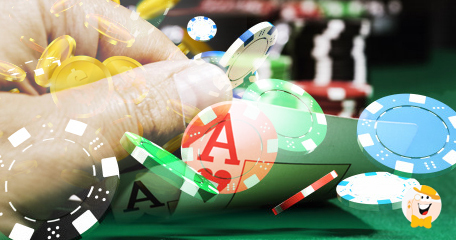 Blackjack is more than just a game of luck. The seasoned 21 players know that strategy and discipline are important and when executed properly can lead to some big wins and maybe even historic moments.

The story of Don Johnson and his legendary winning streak is the true testimony to this and can serve as a valuable lesson.

The simple answer would be – by choosing wisely the rules which governed his actions. He took advantage of the decisive connection between the blackjack house edge and game regulations which, in turn, reflected on the outcome of his play.

He was not limited by the number of hands or specific lengths of time he was allowed to gamble and he played up to three spots per table simultaneously and negotiated betting limits to his advantage. The maximum bet for three spots was $15,000 per hand, for two spots $25,000 per hand but it was $100,000 for one spot. By Johnson's own account "that was part of the flaw in how they offered the game […] the regression should have gone in the opposite direction.”

…all his moves were scrutinized by the surveillance cameras and sophisticated software which tracked his betting patterns and habits. The only conclusion they were able to come up with is that Johnson was neither counting cards nor cheating.

The Effect of 2008 Financial Crisis

The Financial Crisis of 2008 had quite an important role in all of this. The gambling industry was seriously affected by this global event. The casinos’ revenues started to tank and high rollers were hard to find; and that’s when desperation kicked in!

That’s how Johnson was able to negotiate once-in-a-lifetime rules and conditions.

Ultimately, they all pulled out of deals, one CEO lost his job and rebate policy was overhauled as well as the casinos’ approach to high rollers.

Johnson is very familiar with the gambling industry. Aside from his blackjack skills, he is an avid horse racing bettor and a founder of the company that develops custom-made software that defines risks and odds on horse wagering. He has been involved with the equestrian performance sports for years. He even worked as a professional jockey before becoming a manager of the Philadelphia Park racetrack in the 1990s.

So, given his background, why did he choose blackjack?!

Because of the house edge and opportunity that knowledgeable, intelligent and disciplined player might have when he or she relies on skills and math to beat the house. By executing a proper blackjack strategy in a well-selected game variant, a player can get a house edge to drop down to between 0.2 and 0.4 percent. But if you manage to execute a proper strategy perfectly, the house edge is close to zero.

On the other side are casinos that have been tweaking rules gradually, almost invisibly for the last 60 years to revert their advantage. Johnson was aware of this and that’s why he was able to negotiate the rules so wisely.

The story of Johnson's achievement is a valuable lesson that transpires the gambling sphere but it also has practical applications in online blackjack. And here's how.

According to the Wizard of Odds, there are 6,912 possible rule variations in blackjack. Land-based casinos usually don't offer much flexibility to regular players but online gambling hubs, on the other hand, present more game variations.

After selecting a reputable casino and getting well – acquainted with Terms and Conditions, the next step for a wise player is to determine the rules of blackjack. The best move a punter can make is to personally calculate the house edge and then make a valid decision about his odds based on his skill set.

…the chances of anyone repeating Johnson’s success are pretty slim. This happened as a result of very rare global circumstances, vast knowledge of blackjack and a highly intelligent approach to gameplay. Also, casinos learn from their mistakes and are fast in modifying the rules and procedures which will prevent anything similar from happening again.

BUT, that shouldn't stop you! So, you might not win millions or be inducted into Blackjack Hall of Fame at Barona Casino in San Diego, as Johnson did, but winning even 1% of his sum is pretty amazing; and it's even more than that. It's about a learning curve, the freedom to choose wisely and create new advantages for yourself.