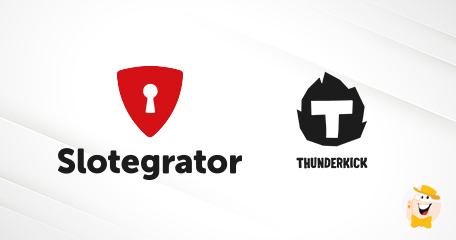 Provider of modular, API-driven software solutions to the iGaming sector, Slotegrator, is expanding its network of content distributors by signing an exclusive deal with Thunderkick, a Swedish-based studio.

According to the aggregator, its partner’s portfolio stands out with artistic graphics and remarkable storylines, mainly seen in recent editions Pink Elephants 2, Esqueleto Explosivo 2, Sword of Khans and more. The catalog will be integrated into the platform with the help of APIgrator, a unified protocol for casino games deployment.

Both sides are delighted with the latest content aggregation deal, as their teams comprise of “visionary enthusiasts” whose hard work, commitment and energy has formed new trails in game development. Since the foundation in 2012, Thunderkick has earned a strong reputation in many markets, conquering various online platforms. Fredrik Ekholm, senior account manager at the Stockholm-based studio commented the latest partnership by saying:

“The people at Slotegrator are great to work with and have a lovely attitude, making them a perfect partner for us.”

Slotegrator is also ecstatic about its most recent gaming arrangement, stating that the developer’s products are currently without equal in many fields. Among the biggest highlights are Thunderkick’s unique themes, fascinating artwork and high-end animation levels with 3D rendering and mapping. In addition, the supplier’s mechanics also ensure strong engagement and keep the gameplay from becoming boring or repetitive.

As a provider of omnichannel products for various verticals in the iGaming industry, Slotegrator is delighted for finally importing Thunderkick’s famous fruit-themed slots. This part of the agreement is especially important for the platform, as players around the world appreciate products with a new flavor and twists. Take a look at the company’s showreel here:

Furthermore, the integration of Thunderkick’s offerings will also bring a range of in-game features, focused around bonus modes with extra spins, transforming symbols, wilds and multipliers.

“The impressive game features and in-demand slot themes are undoubtedly all a part of the company’s strategy to create content that leaves no one untouched,” added Ekholm.

As already indicated, Thunderkick is present in Europe, Africa, Scandinavia, the CIS (Commonwealth of Independent States) and Asia. The company offers its titles to players across many jurisdictions, and some of the best-selling products are also Midas Golden Touch, Carnival Queen, Riders of the Storm and The Falcon Huntress.

Most of these games offer a remarkable player experience, and Slotegrator’s integration will definitely boast players’ demand in months to come. The studio’s APIgrator is a perfect solution for fast and seamless implementation of online casino games into gambling platforms.

In the previous months, Thunderkick has also expanded its footprint in Lithuania by acquiring the necessary certification to provide gaming services in the country. This arrangement is based on a collaboration deal with Optibet, a market-leading gaming brand in the Baltic States, licensed by the MGA.

The growing list of partners on Slotegrator added Kalamba Games to its roster on May 20th, NetGame Entertainment on May 7th and Betsolutions back on April 2nd.

“an exclusive deal with Thunderkick”