TonyBet Gets License from Kansspelautoriteit to Go Live in Netherlands 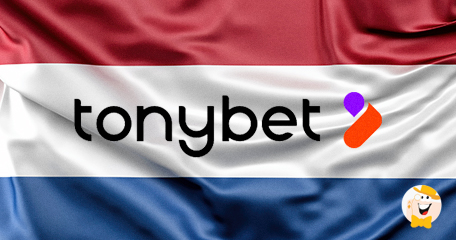 The Dutch independent regulatory authority that is responsible for the supervision and enforcement of the Betting and Gaming Act 1964, Kansspelautoriteit, has granted TonyBet OÜ a license to offer games of chance via internet in the Netherlands.

The domain name with which TonyBet will operate in the context of the Remote Gambling Act (Koa) is not yet known. However, the company’s hostname will be stated in the Kansspelwijzer once the website is live.

Founded in 2011 by a Lithuanian poker pro Antanas Guoga, TonyBet has established itself as a top-ranking website for sports betting, live betting, and live gaming services. Customers can also place bets on lottery, casino, poker, and other live games, like blackjack or baccarat.

Eleven years since its founding, TonyBet is a respected, fast-growing, and ambitious player in the international sports betting world. The company has grown rapidly over the years by expanding to new markets and introducing competitive products.

At its core is the traditional Vegas entertainment, powered by some of the industry’s best software providers, specializing in slot development, table games, and live dealers.

At the end of 2018, TonyBet decided to relaunch with a revamped version of its platform with full UX optimization. The website we know today is home to more than 4600 slots, featuring easy access on all desktop and mobile devices.

As a special benefit, this brand offers its players a chance to make deposits and request withdrawals in cryptocurrencies, like Bitcoin, TRON, Tether, and more. The world’s most popular online payment system, PayPal, is also available since 2018.

In that same year, the operator even appointed a casino rep on our forum to provide direct customer support to LCB’ers and other players or solve any potential complaints.

We hope that the brand will live up to its expectations once it goes live in the Netherlands, hopefully in the following weeks.

One of the biggest advantages on TonyBet is the opportunity to choose between two separate loyalty programs. There is one for sports enthusiasts and one for casino players, allowing you to collect points and move up the levels, exchange your rewards for free bets, or take priority in customer support, receive exclusive offers, free chips, as well as complimentary bonuses.

There are also 30 levels in the program where the first six bring a whole bunch of honorary spins for you to hit the reels in favorite online slots. Starting from Level 7 will allow you to get bonus cash, but the higher the status, the bigger the reward. Comp points are earned at a rate of 1 point for every $20.

They can later be exchanged at a rate of 100 points for $1.5. To reach the first level, a player must accumulate 10 points. TonyBet will help you get your first rewards by awarding the next 10, which are completely on the house.

Among the promotions are also match deposit bonuses for making a first down payment, slot races called Battle for Treasures, Friday Reload, and other tournaments.

TonyBet OÜ is incorporated in the Republic of Estonia, and it is licensed in this country by the Estonian Tax and Customs Board.

The Dutch players have a lot to be happy about. I am sure that they will be satisfied with the fast- growing TonyBet!

Great news for Dutch players, this is a good brand and has a lot to offer!