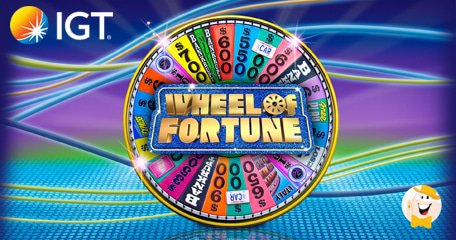 It seems that IGT slots were more than profitable choices over the past week. According to the official report, two lucky patrons have hit an incredible amount of CA$2.2 and CA$1,015,561 million respectively.

More Details About the Winners

The first jackpot was recorded on IGT’s omnichannel advanced link for Canada on PlayOLG.ca while the second player won CA$1 million via the same link just a few days later. The first player won an impressive amount on Powerbucks® Wheel of Fortune® Exotic Far East slot on May 26, 2020, while the second player hit the award on Powerbucks Wheel of Fortune Hawaiian Getaway just three days later.

“OLG introduced IGT’s Powerbucks game several months ago and our players were drawn to its exciting opportunity to win life-changing jackpots at any bet level. It’s thrilling for us to be able to say OLG players have won some great prizes, including the highest-ever Powerbucks jackpot.”

“Despite the temporary closure of casinos in Canada, IGT’s Powerbucks has continued to engage online players, build significant jackpot liquidity, and deliver big wins such as the record-setting CA$2.2 million jackpot awarded on OLG’s online casino.”

“IGT Powerbucks’ omnichannel availability has fueled its reputation as a growth-driving solution for Canada that delivers on its millionaire-making promise.”

Powerbucks is an award-winning omnichannel progressive game that connects jackpot prizes between gaming machines in different casinos, games of which are available on mobile and desktop devices. It has produced some of the biggest slot jackpots in Canada and paid more than 17 awards in the millions.

PlayOLG.ca, is the unique regulated gaming site in Ontario, with a range of casino games, including a selection of IGT options, such as Powerbucks and lottery offerings. It also provides users with tips on how to play responsibly, as well as with PlaySmart tools to support users in managing their betting limits.

I am really impressed by these prizes…