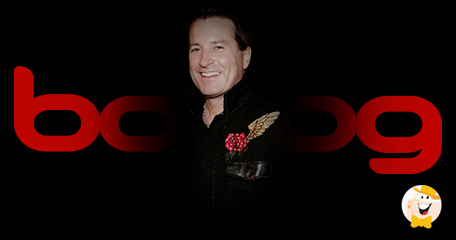 You may recall the buzz around charges filed more than five years ago, against both Calvin Ayre and Bodog, in relation to online gambling practices, which could have put all individuals involved, in prison for 25 years, along with fines up to $1m charged. We have recently received word that all charges have been officially dropped!

The charges were filed back in February of 2012 by the US Attorney for the District of Maryland. Both Calvin Ayre and Bodog were indicted, along with three other individuals. The charges? All those mentioned were believed to have been involved in illegal gambling and money laundering. Furthermore, they were accused of more than $100m in gambling proceeds being granted to US customers between 2006 and 2012. The problem? US players are restricted from engaging in play at Bodog.

Despite the serious charges, the case remained dormant, and no individuals involved ever appeared in court. The recent development took form on July 14th, when Chief Judge, Catherine Blake, agreed to dismiss all charges against Bodog and Calvin Ayre. The three others involved also had charges dismissed at a different time.

Bodog had also been stripped of its domain name, Bodog.com, which it has been regranted, following a fee of $100,000.

At the time the charges were filed, Bodog was operating under a license granted by Antigua, and the US restricts operators utilizing this particular license from entering its market. The US was, however, found to be in violation of its international trade responsibilities. The brand continues to operate under an Antiguan license, but there is no telling whether or not it will make an effort to join the US market in the future.

Mr. Ayre commented, “I don’t see this settlement changing anything, as I’m happy with my life the way it is. I’ll continue to focus on being an online gaming industry analyst, a tech investor and a philanthropist. But most importantly, I’m just going to continue enjoying life to the fullest.”

It is funny how you can get out of the legal issues if you have enough money. And also where did 100k for rebuy of the domain went to? I understand that you can buy domain for few dollars. Its all so funny. If only we could get hold of such amounts... would we risk gaining more by violating law?

If it was a settlement indeed, than it sure is a legendary one :) Looks more like a dropped case to me, otherwise I have no clue how else he would end up with charges dismissed. I have to wonder though, why have the charges been dismissed?

What a turnaround this is, but then again, this story faded away as quickly as it developed. I see they bought their it domain name, Bodog.com, back for a a fee of $100,000, not a bad price! The part that interests me is, if the charges were dropped why is Ayer calling this a 'settlement and says he doesn't see it changing...

What a turnaround this is, but then again, this story faded away as quickly as it developed. I see they bought their it domain name, Bodog.com, back for a a fee of $100,000, not a bad price! The part that interests me is, if the charges were dropped why is Ayer calling this a 'settlement and says he doesn't see it changing anything! Well, I do! A couple of decades in prison!