Wazdan Announces Mass Roll Out of Hold the Jackpot Feature 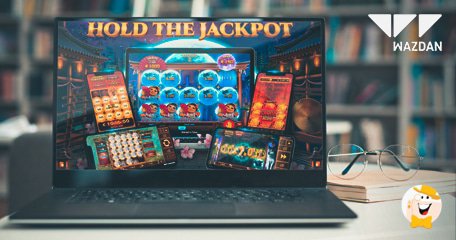 Global slot supplier, Wazdan, has announced that it will scale the production and use of its new revolutionary Hold the Jackpot feature, after it’s been released as an integral part of its most recent hits Unicorn Reels, Clover Lady, Burning Stars 3, and Sun of Fortune.

The mechanics that have already been lauded industry-wide as unique and special, gained immediate recognition among Wazdan content consumers across the planet and is universally sought-after.

The Hold the Jackpot feature will, therefore, soon become incorporated across several upcoming Wazdan titles that include Prosperity Pearls, Fortune Reels and Midnight in Tokyo.

Every Hold the Jackpot feature bonus round begins with 3 re-spins but their number resets each time a new symbol is drawn on the reels.

This adds more excitement to the well-designed feature and, in each game, the mechanic is enhanced and refined to provide gaming experiences that are immersive and all-encompassing.

The debut game for this mechanics was Unicorn Reels. In it, players are on a quest try to land 25 unicorns on the reels and a clear ladder system in place for them to see their progress.

With 21 prizes on offer, three Jackpots and the opportunity to win the Grand Jackpot of 1,000 times their stake, the mechanic has quickly became one of the leading products in Wazdan’s portfolio.

In Clover Lady, bonus symbols awarded 4 jackpots and players saw the inclusion of Multipliers. In Burning Stars 3, there was a 3x3 version of the bonus mode. Sun of Fortune is all about holding bonus symbols with cash values assigned.

Hold the Jackpot bonus feature will, in the upcoming Midnight in Tokyo, be played on 15 mini reels. Players will be able to win both major and grand jackpots.

They will be triggered by the Geisha symbols as well as additional cash prizes from Moon symbols. All the prizes will be summed up at the end of the bonus round.

“Our Hold the Jackpot products have been hugely well-received, and we’re delighted to add more of them to our roadmap, as they provide the unmistakable flavor that many players seek.”

Wazdan is successfully growing as a brand! This is going to be very fun to play! Great move.

Judging by the players feedback it's one of their best features.

This feature is great and is going to bring a lot of new players, good job.

This feature will improve the playing experience of their games. Great!