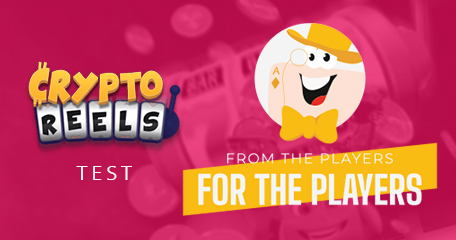 As we already promised you, our project From the Players for the Players will not only involve well-rated online casinos, but also those with less than favorable ratings. Having said so, we decided to test one blacklisted hub - CryptoReels.

This time, a member known as Rounder on the LCB forum helped us bring you plenty of valuable information about this entertainment facility. He registered, made a deposit via BTC wallet, played a couple of games, requested a cashout, and shared all the details with us.

You probably wonder: What was his experience with the notorious CryptoReels casino like?

Our insightful report features Rounder’s first-hand experience with this online casino. Keep reading to find out more about CryptoReels casino registration procedure, depositing, and withdrawal. Stay tuned to hear all the reasons why we placed this hub among blacklisted brands.

When this Curacao-licensed enterprise joined the industry, it immediately captured the attention of the audience from the United States. Realtime Gaming content, cryptocurrencies, lots of rewarding bonuses, and 24/7 support available via live chat, e-mail, and telephone.

Unfortunately, things aren’t always as they appear to be on the surface…

…and it turned out that not all the details regarding this venue are so optimistic. Being part of Club World Group, which is widely known for its unethical business practices, it was inevitable for CryptoReels to end up among blacklisted parlors.

So, where did it all go wrong?

As of November 2016, certain business-related issues appeared in the family-owned Group which resulted in one of the members walking away. To the Groups bad luck, it was the one responsible for their good standing. Continuing its operations as AffiliateEdge, the company has some interactions with the infamous AffPower group, which raised many concerns.

To warn our players…

…we decided to place the entire conglomerate in the rogue pit. As a matter of fact, when this particular brand appeared on stage, we published some words of advice, so that punters could make an informed decision whether to proceed or avoid this brand.

Other online casinos operating under this roof include the likes of Lucky Red, Aladdin’s Gold, High Noon, Buzzluck, Manhattan Slots, All Star Slots, Reel Spin, and Slotter. Each one bears the same badge of dishonor.

Knowing all these facts, it may come as a surprise that our member Rounder experienced quite…

As we hinted in the beginning, we also explore and inspect casinos with poor ratings and damaged reputations, just to see where things stand. According to the report, there were absolutely no issues in this field.

To create the account, one should fill in a simple form. Rounder did so on March 6. Upon completing this phase, he didn’t get a confirmation mail, so he proceeded to the next step. Based on the experience with other online casinos, he assumed that KYC procedure comes after that. However, he couldn’t find any option to do so. 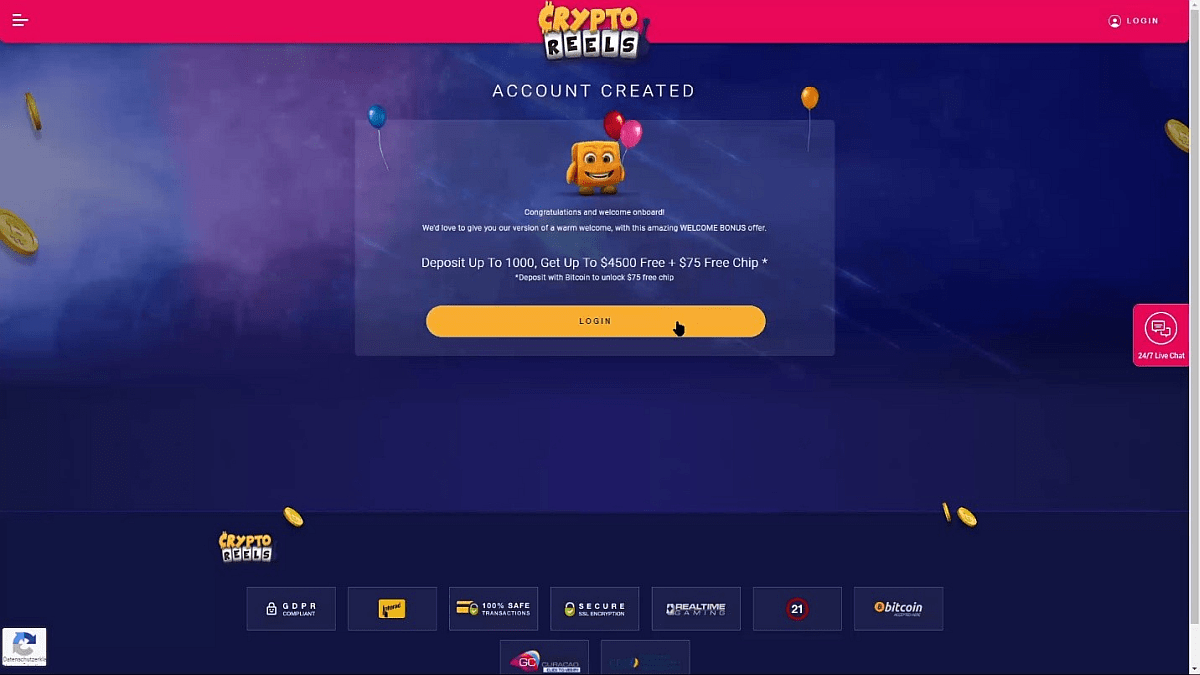 Regarding the membership itself, a specific period of inactivity may have some consequences. Here’s what the Terms say:

“We reserve the right to reduce the balance in dormant accounts once the period of inactivity exceeds 180 days.”

Assuming that ID verification would come when the question of withdrawal arises, Rounder went on with depositing. According to the Terms:

“To qualify for any depositing bonus / promotional offer, a minimum deposit of $35 is required.”

Worth stressing out is that this sum is the required minimum deposit, regardless of one’s interest in the introductory promo. Comparing this amount with the industry’s average, you will agree that it is slightly higher. 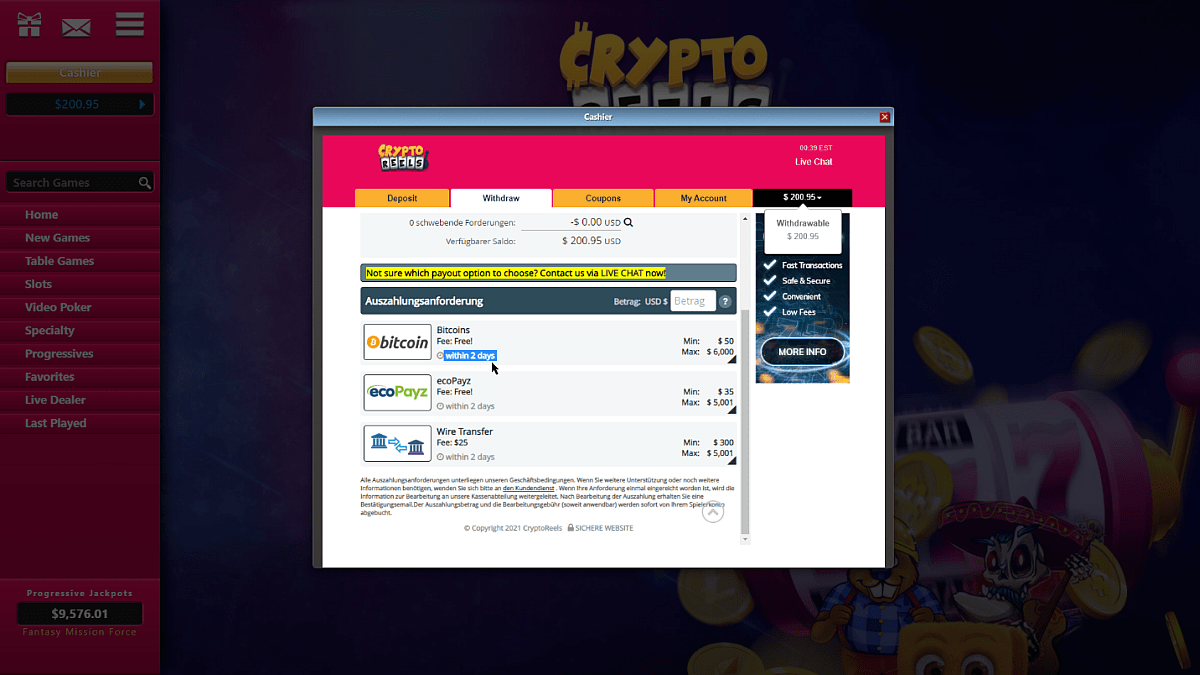 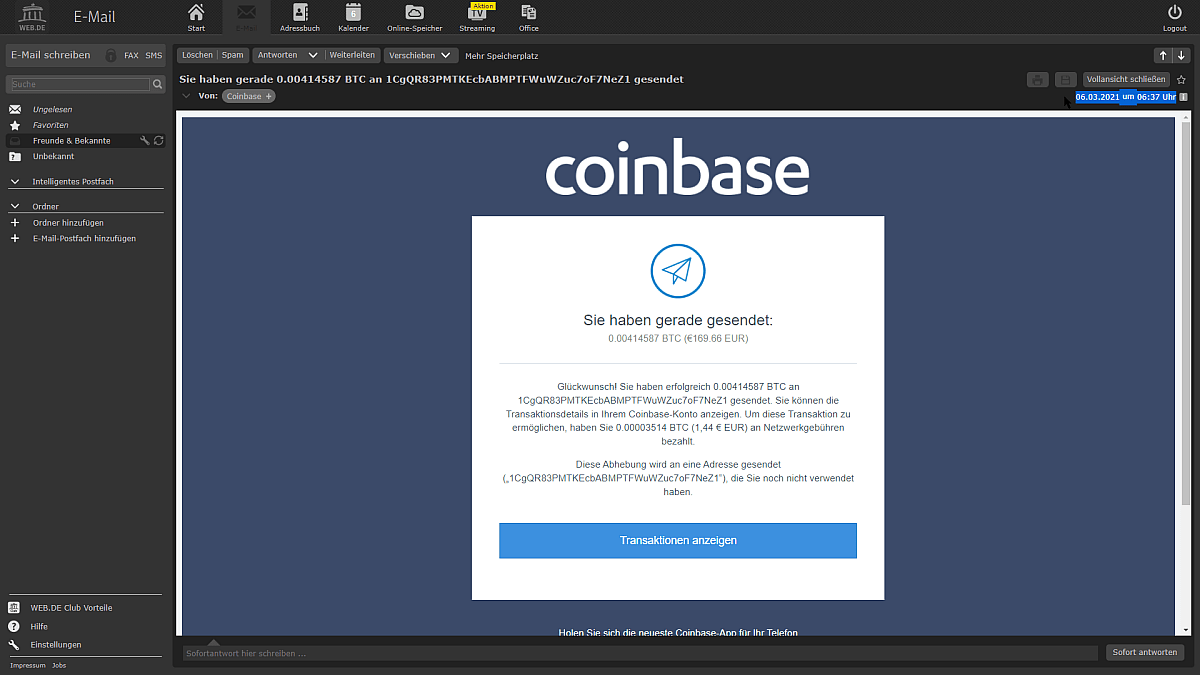 It took 14 minutes for the deposit transaction to be fully processed. “Fast and without any problems.”- as he commented.

Let’s Play Some Games, Shall We?

Just like in any other RTG-powered casino, slot games are predominant in CryptoReels’ lobby as well. Our member’s choice were the following titles: 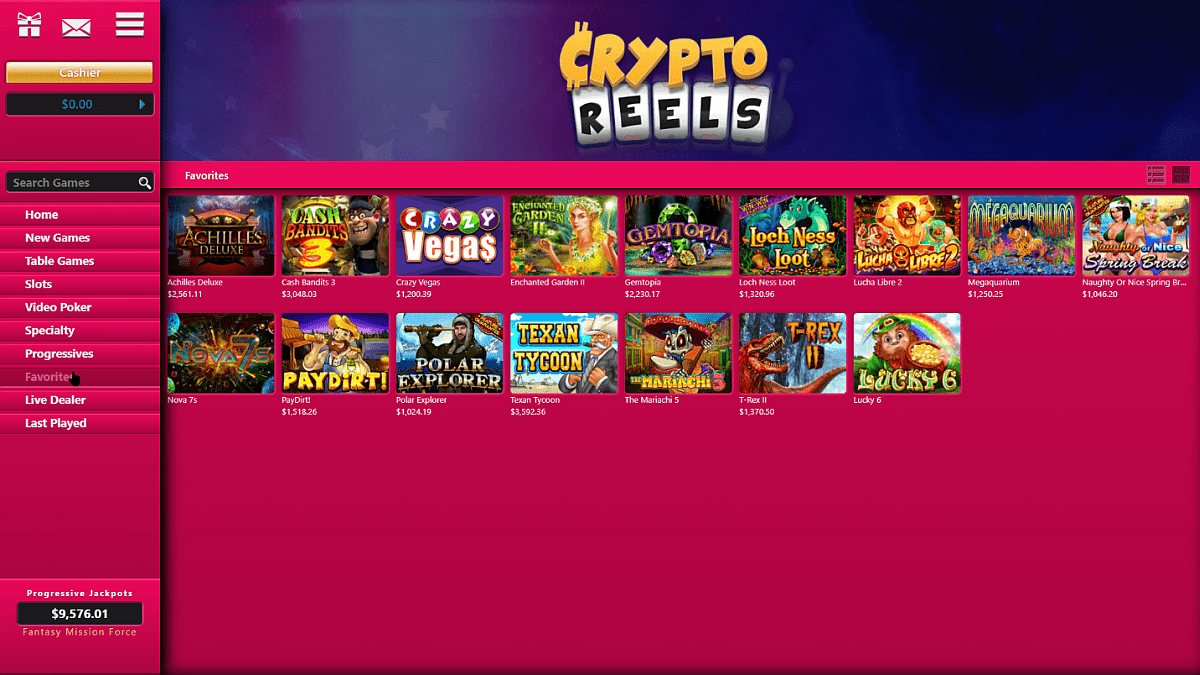 Realtime Gaming has been part of the industry for more than 2 decades, serving its products all over the world with a particular focus on the US market. Its catalog is home to a diversity of themes, and versatility of features, making the portfolio suitable for all profiles of players.

It seems as though he had a good time spinning those reels, at least judging by a couple of decent winnings. 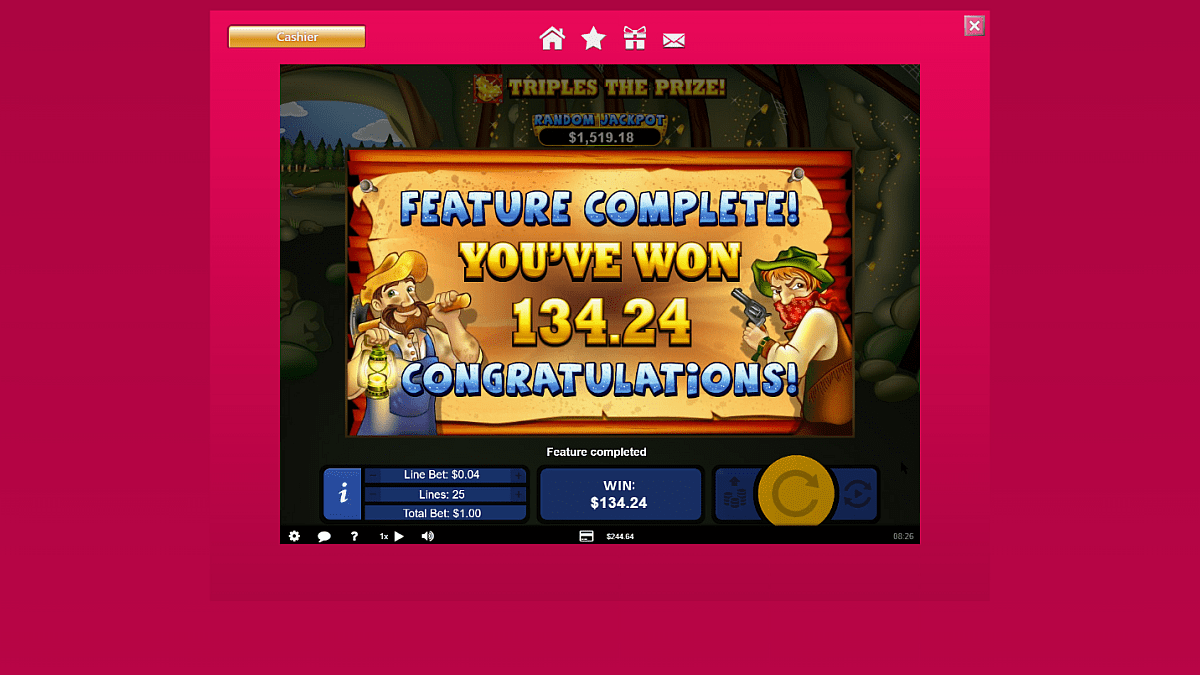 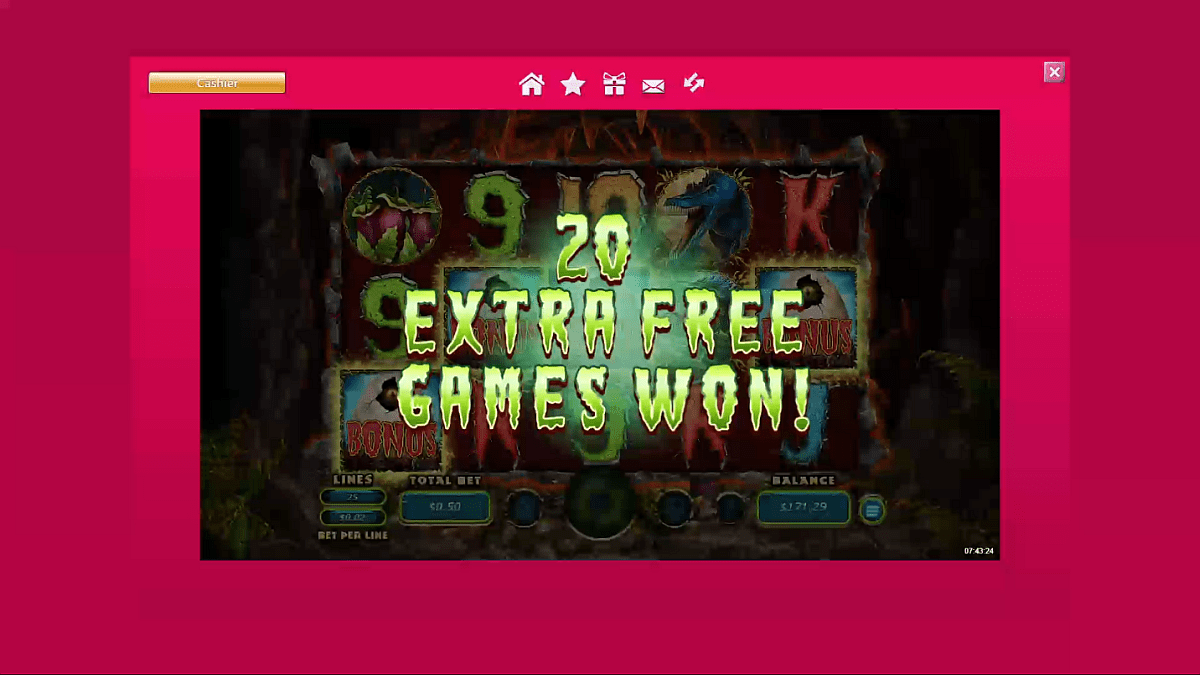 Was the KYC Procedure Equally Hassle-Free?

Having completed his action-packed playing sessions, the next thing “to do” was withdrawal request. Rounder decided to make a request the very same day he created the account, March 6. His objective was to cashout 50.19 USD.

Upon requesting the withdrawal…

…the member asked the live support if they could take a look at the payout. Live support informed him that he will receive an e-mail with a link to verify the account. To confirm the phone number, he received a short call during the live chat.

After the phone call and the chat conversation, Rounder used the link that was sent to him to start the verification process of his account. 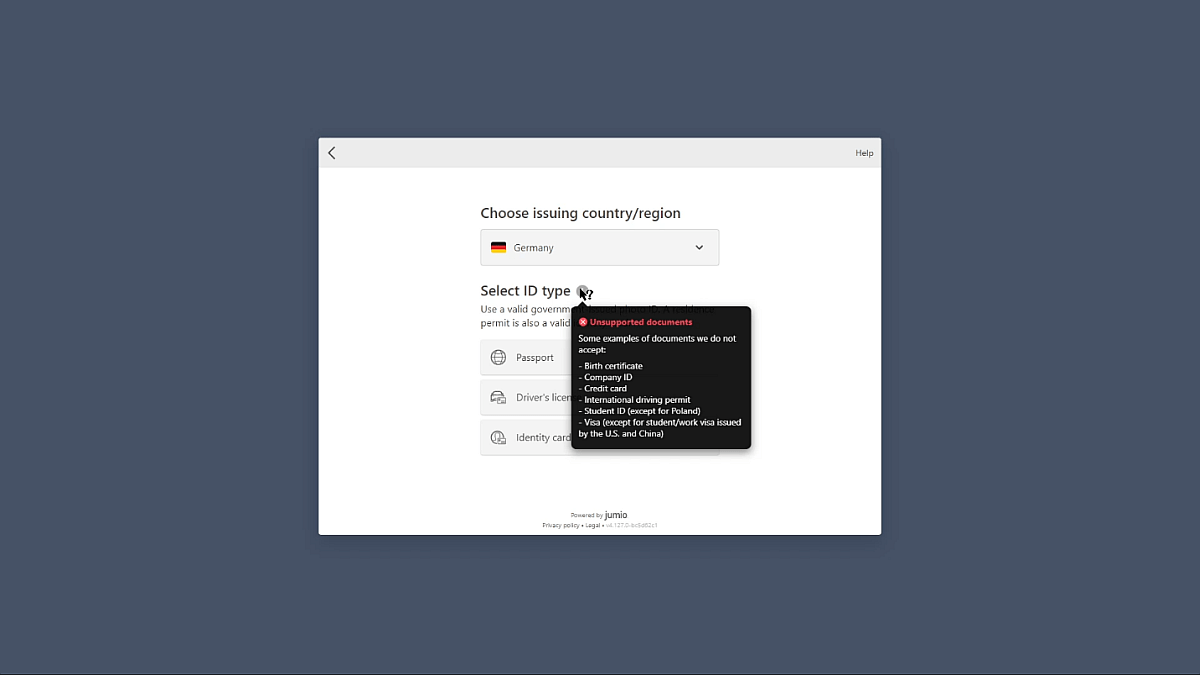 According to the terms, the venue has the right, at its sole discretion to:

“Require that the Player provides us with a notarized ID or any equivalent certified ID according to the applicable laws of your jurisdiction.”

Our member wasn’t required to submit such documents. He was requested to prove his identity and address during the verification process. So, he uploaded a photo of the front and back of his ID card and a statement of his bank account.

Furthermore, a punter has to take a photo of your face during the process. If one doesn’t have a webcam, he/she has to start the process via mobile phone. For this purpose, one gets a separate email with a link to the verification process through the portable device.

That’s how our member did it. The documents were submitted on a Saturday (March 6). The total time for reviewing the documents was three days.

After successful verification, Rounder’s cashout was approved. Worth stressing out is that the support agent informed him that cashouts are not processed on weekends. (Support was efficient and helpful by the way.) 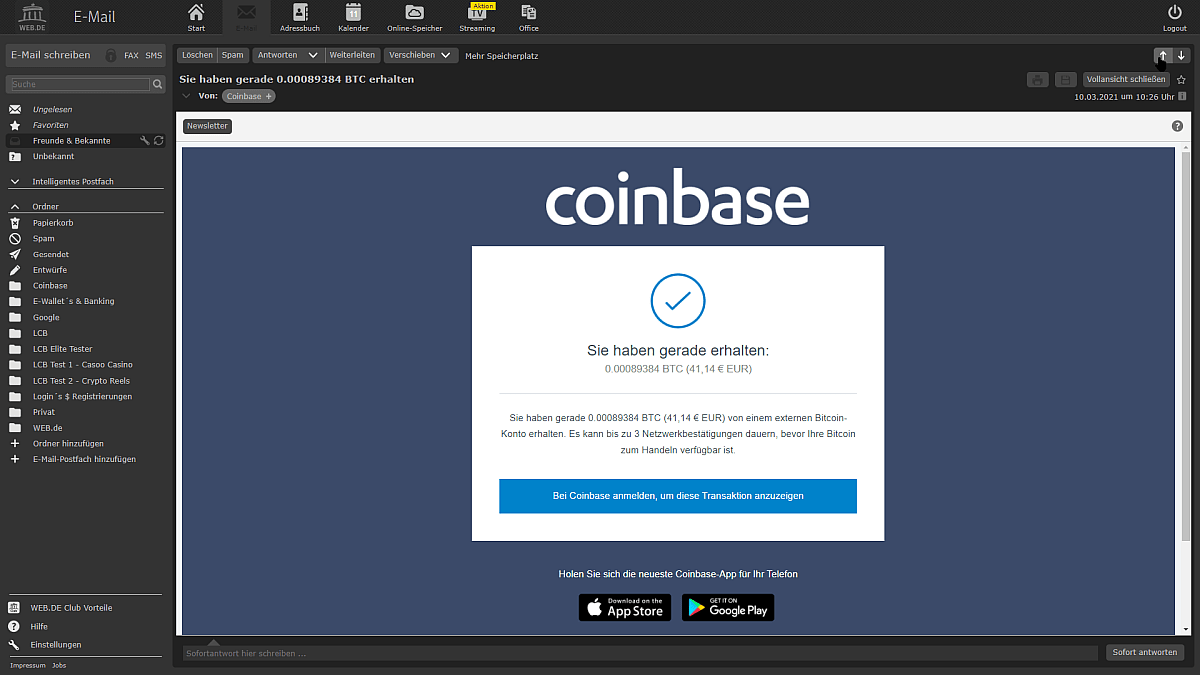 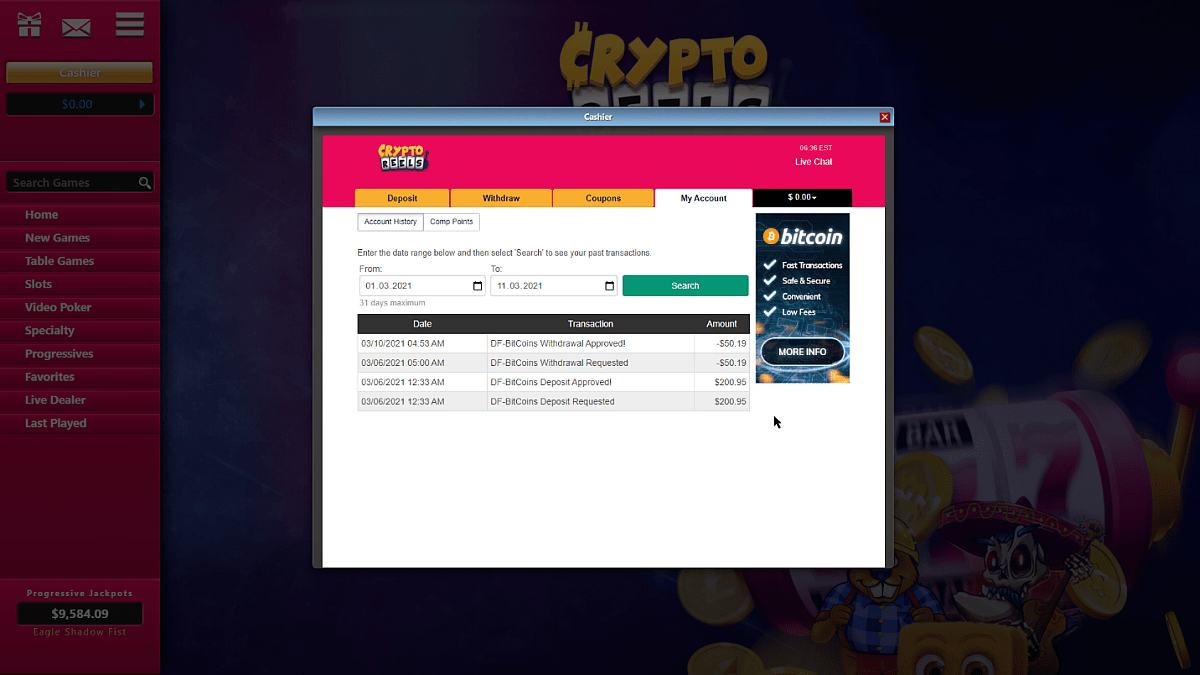 Our member’s experience aside, here’s what the Terms say on the max cashout amount:

“With the exception of Network Progressive Jackpot wins, the maximum withdrawal per week is $/€5,001. As such cash out requests of a larger amount will be paid in weekly installments.”

In conclusion, we can say that CryptoReels casino passed the test. Everything went more than well, without any obstacles or unpleasant situations. Still, knowing all the issues with management, we still recommend players to be extra cautious when approaching such brands.

In the meantime, if you want to take a look at previous From the Players For the Players reports, read these articles:

Have you ever visited CryptoReels casino or any of its sister brands? What was your experience like? We’d like to hear from you, so hit the comments section below!

“knowing all the issues with management, we still recommend players to be extra cautious”

After what I knew before my registration, I was surprised myself. But you always have to be careful. Especially as the amount I paid out was not very large. Nevertheless, it went very well during my test.

I just found out about CryptoReels. Thanks for the report. This becomes my note...

Nice surprise when it comes to Crypto Reels, but there are still many things that need to be improved before we can consider them trustworthy and reliable.

Many thanks to @R0UNDER for helping us with this project! Even though his experience was positive, players should be extra cautious when approaching blacklisted brands. It's nice to know they are working on improving their reputation, but there's still long way to go before they become a trustworthy casino.

I didn't expect this to go well, it's a surprise. I am glad but still, considering it's past, not sure I will play there. Nice work, Rounder and LCB!

One more great report! Thanks, Rounder!

Being the blacklisted, this has been a great surprise the process went smoothly and left me open-mouthed. Perhaps, they needed to make certain changes, however, let's keep the brand under watchful eye still. Good job Rounder again!

Thanks for this report LCB, our members now know what to expect from them.

This group still needs to work hard to improve their T&C. It's good that everything went smoothly and they passed the test but having in mind their past it's better to stay away.