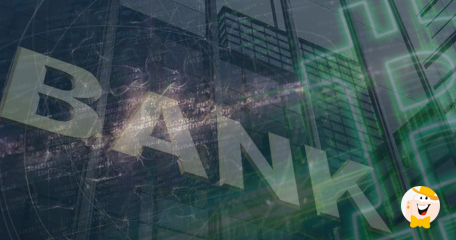 When you stop and ponder the road of cryptocurrency development over the years, the rise of digital money to the heights of mainstream and beyond, as they began doing business that is measured in billions of dollars, leads to the inevitable.

All of those once small startups and businesses that seemed far-fetched back in the day are suddenly buying bank shares, prompting the question: do crytpo exchanges, market makers and blockchain innovators have it in them to transform into banks themselves?

The Value of Bitcoin

As Bitcoin.com analysts estimate, the current value of the cryptocurrency market stands at more than $294 billion. That sure is a big leap from the original small community that started it all almost ten years ago.

Even though there are those among leading financial experts who are urging, ‘get out while you can’, it is admittedly difficult to ignore such a huge global movement that, despite its ups and downs, has shown serious resilience.

As business gets bigger and more complex, some of the market makers and cryptocurrency companies are dealing with growing amounts of money. Some of them have begun acquiring bank shares or even trying to transform into banks themselves.

Coinbase, for instance, is one of the digital assets firms who are still going strong and doing well for themselves. They have over 20 million users and so far, more than $150 billion worth of cryptocurrencies have been traded via this route. That's why the company's officials begun having meetings with US regulators in early 2018 as they look for banking licenses.

The cooperation between these bodies is quite close and successful thus far, as Federal bankers realize that Coinbase could offer plenty of banking options.

One of the largest cryptocurrency exchanges in the world, Binance, has acquired a 5% stake in Founders Bank based in Malta, a small Mediterranean country that is on the path to becoming the world's leaders in crypto technology and iGaming hotspot.

This is the world's “first global community-owned bank,” as Silvio Schembri, Office of the Prime Minister of Malta's junior minister for financial services, digital economy and innovation has said. As of now, Binance and Founders Bank are opting-in for a EU license for full-on regulation.

The Role of Litecoin

Likewise, the Litecoin foundation has recently purchased 10% of stakes at WEG Bank AG from Germany. WEG Bank, with the help of Litecoin Foundation and Tokenpay will be offering cryptocurrency services to customers, as Litecoin will be also integrated with WEG Bank – something the German conglomerate agreed upon even though Litecoin's value has had a sharp and rather dramatic decline since its peak value in December 2017.

What are your two cents on these trends and developments? Does this mean that crypto assets are still alive and well? Or does becoming a bank present a way out for these firms should anything tragic befall the world of cryptocurrencies? Feel free to comment below…

“the company's officials begun having meetings with US regulators”

well most cetanly it will become bank in some sort . not sure if this was the direction it was meant to take or not but it will. thats just a system that works and so it will be used. which is great for some and others will be against it as well . me personly i like using it as a form of banking for now . thanks lcb

I personally like cryptos for playing casinos. I am canadian and all my life i was used to cashout taking 3-4 days, 1 week, 1 month! It was really an issue for me to wait so long to be paid and was a reason why i would often reverse and i believe casinos loved that as well. With BTC i can buy them instant, go play, cashout...

I personally like cryptos for playing casinos. I am canadian and all my life i was used to cashout taking 3-4 days, 1 week, 1 month! It was really an issue for me to wait so long to be paid and was a reason why i would often reverse and i believe casinos loved that as well. With BTC i can buy them instant, go play, cashout instant, go sell them right away and have money in bank in minutes as canadians have a system called e-interac that allows us to exchange money from a canadian bank to another instantly and safely between strangers so i can buy/sell BTC very easily. I wouldn't mind it becoming a real thing and regulated as i don't use it to bypass any laws and i am identified with docs on all sites or almost even if they didn't require it as i want to avoid any problems as much as i can.

There's a lot of back and forth going on with cryptocurrencies right now. No way telling which way it will go, but at least it's still alive and things are happening, such as this. If big firms are becoming banks and joining with other conglomerates, perhaps there's still hope for Bitcoin.