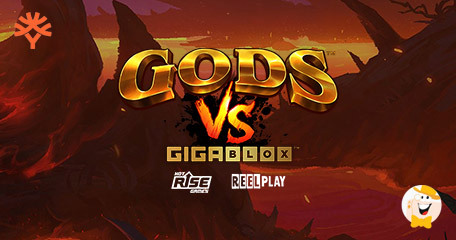 Well-established and prominent casino software provider in the industry, Yggdrasil, has decided to join forces once again with its long-term partner, ReelPlay, to premiere an unforgettable online casino adventure!

In the latest game, Gods VS Gigablox, players can expect unlimited fun, plenty of engaging features, interesting themes, and well-designed symbols, but also the chance to guarantee an unforgettable iGaming experience or big wins!

This fantastic title was preceded by another Gigablox hit, Arctic Sorcerer Gigablox, as well as another slot from the pair, Arrr! 10K Ways.

This is a high volatility online title that brings an average Return to Player of 96%.

Players will get the chance to guarantee big prizes, and the luckiest ones up to x10,000the stake, which is also the maximum win.

Gods VS Gigablox delivers fantastic symbols including card-themed ones as well as various famous characters including Kitsune, the Greek god of war Ares, the Chinese monkey King Sun Wukong, the Egyptian God Anubis, the Greek Medusa, and the God from Norse mythology, Thor.

But there is also a Bonus Spins feature that will be triggered if at least 5 scatter symbols come into view. If this happens, you will be rewarded with 8 bonus spins!

“In certain jurisdictions, players can purchase the VERSUS feature via the buy feature for 100x their stake.’’

There are also several other features including Versus symbols, Versus Battle feature as well a Bonus Buy option.

Stuart McCarthy, Head of Product & Programs at Yggdrasil, said: "We were blown away with the reception to Monsters VS GigaBlox not too long ago and it only felt natural to return to the series with a bigger and bolder game, Gods VS GigaBlox. We fully expect this release to emulate the success of its predecessor thanks to its wonderful features and lucrative GigaBlox GEM we know players adore.”

David Johnson, CEO at ReelPlay, said: "It's incredibly rewarding for ReelPlay to enable independent studios like Hot Rise Games to release top slots such as Gods VS GigaBlox. With an infinitely re-playable bonus game, Gods VS GigaBlox is the fruit of a winning collaboration combining Hot Rise design, ReelPlay technology, and delivered to market under the YG Masters framework by Yggdrasil.”

I checked the demo version, and I like the graphics and the theme! This is a game that grabs attention through its bright visuals and pretty big characters.

A lot of features, I love it Yggdrasil is one of my favourite provider

I will try this release for sure, looks interesting and funny.