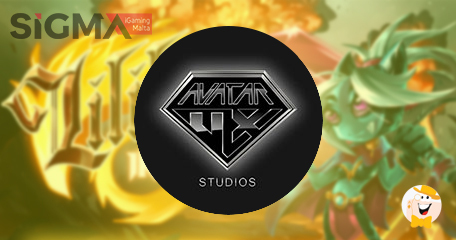 The producer of Lilith’s Inferno made its debut appearance during SiGMA 2019, showcasing the company’s plans to create Asian-focusing titles in the upcoming period, influenced by art and out-of-the-box game mechanics. While AvatarUX Studios is located in Hong Kong, Yggdrasil’s enhanced gaming platform has received positive reviews from both the players and operators, who are now looking forward to new releases.

As an elite independent casino game builder, AvatarUX is set to find the right balance between a unique artistic landscape and swift tech solutions. The studio is also keen on deploying superior mechanics, similar to those seen in Lilith’s Inferno.

With its distinct graphics and feature-rich gameplay, this October release offers a rare experience to the underground, where the main protagonist duels with denizens of the deep to retrieve important relics and gain huge wins.

There is a total win of up to 3,968x the stake for slaying bosses with a crystal sword in the Hero Bonus feature, including complimentary rounds, multipliers, random wilds and so on. Lilith’s Inferno is categorized as a high volatility game, carrying an RTP of 96.4 percent. The grid is packed with 25 payways and a standard 5x3 layout.

As stated by Marcus Honney, managing director at AvatarUX Studios, the entire team is delighted to formally enter the wider iGaming sector. He added at this year’s SiGMA in an interview:

“We have already released our first title, Lilith’s Inferno, through Yggdrasil’s YGS Masters program, and we have been really encouraged with the positive feedback. As an independent studio with high ambitions, we have a full roadmap in place, and we are really excited about what the future holds.”

The first game ever to be released under the global content curation program is Niagara Falls, developed by Northern Lights. Based on the glamorous 1930s golden era, this retro slot machine offers an out-of-the-ordinary set of features, jam packed with multipliers, a Coin Drop bonus, Cash Fall and extra spins.

Just to be clear: AvatarUX and Yggdrasil Gaming announced a commercial deal back in February 2019, but only after this year’s SiGMA has it been confirmed that the cooperation will continue in the upcoming period, projecting a game in each quarter of 2020.

The studio even officially thanked the developer on social media for helping it launch Lilith’s Inferno and bring its debut title to a wider spectrum of fans and players. Current managing director of AvatarUX is Carson Wan, who had previously worked with Xiang Shang Games as a business development manager.

XSG is a pioneer and innovator in the Asian gaming market, specializing in computer software for top-grossing gaming plaftorms, VR games and cybercafes.

“plans to create Asian-focusing titles in the upcoming period”

this news definitely shows the great mentality that some game providers and game design studios fortunately have... players like me we're always thankful for this... i hope they improve so much and goodluck in all future plans... i will definitively enjoy this...