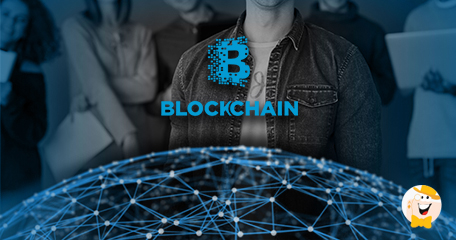 A recent research study conducted by Pentasia regarding job satisfaction factors in various tech-related industries – including the gaming world – brought some interesting results to the table that will be the object of attention and discussion in business circles in months to come.

The outcome of the Tech Ambitions Survey 2018 suggests that people employed in tech-based industries such as online casinos – but also a wider array of IT jobs – are primarily focused on utilization of new tools and retaining new knowledge as a primary motive that drives them forward at work.

Artificial intelligence (31.9% of respondents named this appealing in terms of development), blockchain (21.2%) and design (15.3%).

A large majority of respondents (68%) said that learning new job skills is what keeps them going and provides a crucial incentive for career advancement. Out of those, software coding and leadership skills are particularly prominent among answers.

John Doyle, Pentasia's marketing director, stated: “The survey is a manifestation of the deep understanding we have on the talent market, as well as the industry trends and conditions that affect them.”

He added that the results reflect our ability to “provide employers with valuable insight which enables them to adjust their recruitment and employment practices to suit candidate landscape that evolves fast.”

A Question of Trust

Furthering the cause of blockchain interest, workers in the gaming industry seek ways to revoke the trust in industry which is in sharp decline. It is estimated that in Britain, over 40% of people doesn't trust the fairness of gambling world.

Gambling industry tech experts turn to blockchain and learning implementation skills for the sole purpose of regaining some of that trust via blockchain technology – which has shown very useful with the release of several different e-wallets such as Pebwallet and hardware wallet, Lockbox.

So how can blockchain do that?

In short - through its central feature that its system is transparent due to distributed ledger technology; It offers decentralization in a way that game's features can be verified by users.

Decentralization that blockchain offers would disable game admins and other operators from resorting to back-end mechanism manipulation in order to tip the scales to their advantage.

...Some of them, such as Zeroedge, offer a 0% house edge system that uses Zerocoin cryptocurrency and calls on players to by the native tokens in order to play casino games.

Other ideas, such as Qlear Protocol, is a “more general gaming platform,” whose purpose is to generate trust in online gaming through allowing developers to integrate trust functions very easily.

Do you have any thoughts on the use of blockchain in gaming industry? Are you also glad that people that work on its development prioritize it and hold it in such high regard? Let us know in the comments below!

“learning new job skills is what keeps them going”

It is true that Blockchain can do a great deal, but I think its powers are limited. I believe people really distrust the human factor if anything, and that will always be present, no matter how advanced the technology.