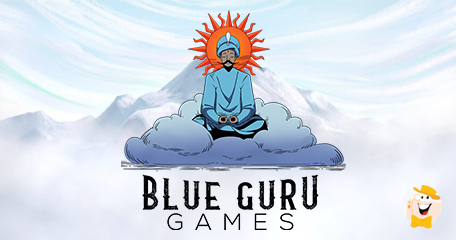 Blue Guru Games, a provider of online slots and casino solutions with exciting themes, is taking players on another epic adventure this month. In its latest release, Nemean Lion, you will be able to follow the well-known Hercules in his search for redemption and immortality.

The latest title follows a Herculean story, where he turns insane and falls under the influence of the Goddess Hera. The main hero must ask for advice from the Oracle at Delphi to succeed, but to get an atonement and immortality, he also has to complete several epic tasks called the Labors of Hercules.

The first assignment of the main character is to outclass the Nemean Lion, a massive beast with golden fur. Customers join Hercules in his mission and are backed along their way by various bonus features. For example, they can collect scatters to enhance the bonus games multiplier.

If you are successful at landing at least three scatters on the reels, you will see Hercules traveling into the depths of the canyon, taking with him all the collected multipliers. Upon arrival, he will receive 12 bonus spins and three multiplier positions, based on the spots of landed scatters.

As part of the bonus play, any additional scatters that appear will either boost the multiplier value on that place, or provide a new multiplier spot starting with the multiplier just above the reels.

When a multiplier is in place, the counter will increase by one.

A winning combination can also pass through a multiplier position, causing the win to include a sum of the multipliers that it contains.

Speaking on the new addition to the suite, Gustaf Hagman, CEO of LeoVegas Group, said:

“Blue Guru Games’ first game launch is a milestone. It is fantastic to see how quickly they have moved from concept to inception and a real testament to the strong commitment and entrepreneurship we have within the Group and our portfolio companies. We now have our eye firmly on the US market, where the thirst for high-quality games perfectly complements our aims and capabilities. I look forward to our continued development and growth!”

Kristian Hassall, commercial manager at Blue Guru Games added that players must focus on collecting scatters to not only guide Hercules towards his epic showdown with the magnificent beast, but also giving him the very best chance to overpower the Nemean Lion through bonus spins and multipliers.

According to the CMO, the game will take users to the heart of Hercules’ world with every spin, and thanks to the exciting mix combined with striking graphics and original soundtrack, they will believe they’re really in ancient Greece.

The company is now looking to penetrate the US market with game launches during the latter half of 2022.

This young studio was formed by a group of good friends with a long track record in the gaming business who decided to join together and offer something innovative to players.

Its team is passionate about mythology, folk tales, history, spirituality, and all esoteric things. This passion is reflected in the brand’s games, as you will soon see.

You can tell Blue Guru's games are made by someone with extreme passion for the themes they are implementing. Hope they keep up the good work because they are really doing a great job so far.

Ok, this game has my attention 'on the first sight'! Blue Guru Games are really fast growing brand, and their games are better and more interesting with each release!

I'm glad that the Blue Guru Games are getting recognition that they most certainly deserve. This studio is still young but I expect great things from them, since my favorite games are the ones with mythology and history. Their latest game The Nemean Lion is a great game that everyone should try out. Keep the good stuff...

I'm glad that the Blue Guru Games are getting recognition that they most certainly deserve. This studio is still young but I expect great things from them, since my favorite games are the ones with mythology and history. Their latest game The Nemean Lion is a great game that everyone should try out. Keep the good stuff coming.