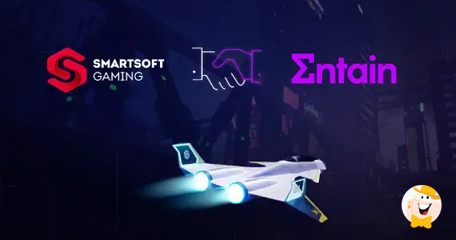 SmartSoft Gaming, one of the most prominent and promising iGaming content providers in the online gambling industry, has announced a new expansion of its business scope, approaching fulfillment of its goal of global expansion.

Namely, in the last few months, the company has done its best to get closer to the top of the list of leading B2B brands in the industry. If it continues with its string of successes, it will surely reach its goal soon!

Just a few weeks ago, the brand joined forces with another industrial giant, SoftSwiss, in one of the latest content integration agreements!

As part of the deal, this supplier of engaging and impressive content will launch a wide range of sought-after products on the platform of its new partner. These titles will win the hearts of punters in no time, and among them is the popular hit JetX.

SmartSoft and Entain are long-term partners. Namely, the provider's products are already live on Entain's platform of the Crystalbet brand...

However, the new collaboration will bring the supplier's products to the platforms of other partner's platforms, including the brands Bwin, Sportingbet, PartyCasino.

The agreement between these two brands marks an important milestone for both parties. First, SmartSoft will further expand its global reach, reaching an even greater number of players and thus additionally establishing itself as one of the leading casino software providers.

On the other hand, Entain's brands will add fresh and unique non-traditional content to their offering and thus further strengthen the trust of their clients by providing them with engaging and sought-after content.

Smartsoft's Chief Executive Officer, Guram Gotsadze gave his opinion regarding this landmark agreement and stated: "Smartsoft Gaming has built its reputation as a pioneer in non-traditional casino games, with a constant focus on innovation and user experience. Entain has been our great partner on a local scale and now having our games live on Entain brands globally is a fantastic opportunity and yet another endorsement that SmartSoft is the best-in-class."

“Providing variety of products, ranging from non-traditional casino games to slots, live casino, and board games.”

I think they've already worked together before, so it's no wonder they've partnered again. Hope the partnership goes well for them!

Ohh what a colaboration! I'm eager to see what it will bring :)

I believe this will be a very beneficial partnership for both parties! Good luck!

Congratulations on the partnership! It seems that this will be useful cooperation that will bring more success to both sides.

Good luck, hope that they will continue with a good collaboration like before.