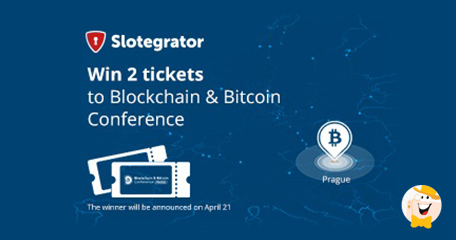 The city of Prague will soon be hosting the third annual Blockchain & Bitcoin Conference. The official date is set for May 19th. The event is scheduled to address a number of subjects imperative to the topic at hand, including both worldwide and Czech-related topics, geared specifically toward blockchain technologies, and cryptocurrency integration.

Those attending the event will be able to engage in conversations related to their exposure thus far with Blockchain amalgamation into systems such as banking systems, the media, trading, and government control. Also on the agenda is a discussion on IT product development, and the elements that go along with the process, from start to finish.

In light of the conference, aggregator of top gaming providers, Slotegrator, is running an exclusive promotion to those looking to attend. The distributor is awarding two free tickets to go to the event. Individuals can get in on the chance to win by signing up for the upcoming webinar, organized by Slotegrator sales manager, Vadim Potapenko, and Cubits COO, Maxim Krupishev, via the Slotegrator Academy. April 21st marks the day in which the winner is announced of the two free tickets.

Slotegrator first came onto the scene back in 2012, and has gained quite a reputation among the casino industry, specializing in online gambling. In fact, it serves a top distributor of online casino software and platforms, giving clients access to over a dozen providers. Though it supplies access to established providers, the brand has just recently unveiled proprietary solutions.