Wager2Go is based in Toronto, Canada and 'a colorful twist' on casino games is said to be their speciality. They offer slot and table games for mobile and desktop, visit us to see where you can play their games for real money.
Table Games Average game rating

Wager2Go produces slots and table games and has done so since 2011. The company is the odd one out when compared to other software developers in the sense that they do not claim to be the biggest fish in the industry, instead simply banking on producing unique slots that players like to play. 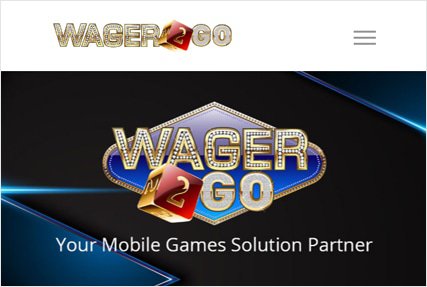 Certainly, a noteworthy approach that might eventually make them one of the biggest players in iGaming. Like all other developers, bar a few old-timers, the company is heavily invested in mobile gaming. They promise that their products run on pretty much any modern tablet or mobile phone, just as well as they do on desktops.

The company hails from Toronto, Canada, and it is clearly one of the few North American developers that have managed to embrace the new era of online-based gambling.

Though they are not yet widely available in the top casinos they are on their way there, as should be evident from the quality of their games. For the casinos, the company offers seamless integration, tools to track player activity, and means to offer great bonuses. These all combine for a better gaming experience for the end-user just as well

When it comes to table games the company has mostly concentrated on several different kinds of versions of video poker. You can also find blackjack with different versions and baccarat, though roulette is completely missing.

Not that this is a bad thing, as it is not like you can really offer anything else in that field.

When it comes to slots...

...the quality is indeed there. The slots come with all sorts of themes, with a lot of mixing between history, popular culture, and pure fun.

Though a few of the games follow the common slot trends, such as Greek Gods, Disney Tales, or Egyptian Princesses, most of the games offer a rather unique take as promised. Some such as Pigs Strike Back offer a rather exclusive setting not found elsewhere. 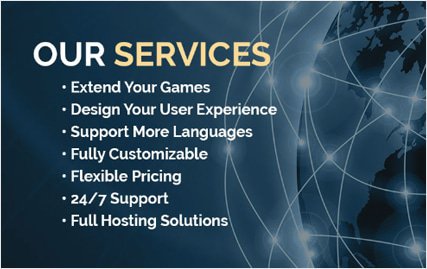 ...also comes into play when looking at graphics and animations. There are no recycled symbols here, nor hastily drawn classical icons. It takes time to produce quality slots, which is why the company doesn’t push out slots every other week. This also means that when they do release new games you can always be certain that the game is at the very least worth a look.

For the time being the licenses are not publicly revealed, though the company does claim that the games are run with tested RNGs and that all slots are fully certified.

The licenses come into play from the casino side. If the casino in question holds the gaming license then naturally that is enough to clear things in the legal end.

Wager2Go is one of the world's most commonly used online software providers. No shocker there but did you know that there are 3 featuring these games listed here on LCB? In fact, the general consensus among you after 121 votes, is that these operators have earned an average rating of 2.9 out of 5 making it one of the most preferred in the industry. Another 91 votes from our members on the 8 slots we've reviewed have resulted in a 2.83 average rating.

Wager2Go produces slots and table games and has done so since 2011. The company is the odd one out when compared to other software developers in the sense that they do not claim to be the biggest fish in the industry, instead simply banking on producing unique slots that players like to play. Certainly, a noteworthy approach that might eventually make them one of the biggest players in iGaming....
Read more

or continue to TopBet Casino