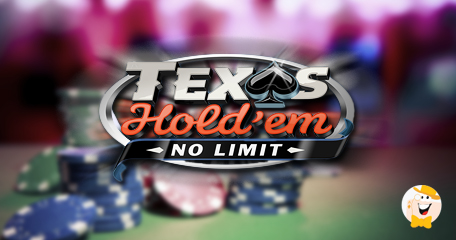 In the not so far off future, the next generation of poker bots may be headed to a virtual table near you. The concept of bot opponents isn’t new but researchers are working to give them skills like we’ve never seen before. According to a team comprised of members from the University of Alberta, Charles University and the Czech Technical University, their algorithms have the ability to put artificial intelligence, known as DeepStack AI, against the pros in heads-up no-limit Texas Hold'em games.

Such a bold claim must come with some proof, of course. The AI was put against 33 human players selected by the International Federation of Poker. They played 44,852 hands and, as hard as it may be to believe, the humans got schooled.

The level of skill required to play a no-limit game is a step above what’s required in limit hold’em games because no-limit hold'em allows players to stake and raise without being restricted by the big blind. If you’ve ever caught televised tourneys with the tense all-in bets, then you know what life is like at the no-limit tables. This is exactly why it’s so amazing that programs can face off against real players who are completely capable of thinking and making decisions.

The researchers are taking some heat as there were no high profile pros included in the studies. Carnegie Mellon University is set to unleash its own AI, Libratus, against players in River’s Casino in Pittsburgh. Among the players to face Libratus, Jason Les is the most recognizable as #198 on the Global Poker Index ranking.

What does this mean to players? As monitoring software improves so does the intelligence of things like bots. It’s up to the operators to protect players from this sort of thing. Does this research concern you as an online poker player?

“the next generation of poker bots”

Yes of course, it is of utmost concern, because one wonders when will these unbeatable bots be utilized against online flesh and blood players. Naturally the worry is that the game of online poker will be ruined and become obsolete. That day will come when players won't be able to trust that their opponents are other...

Yes of course, it is of utmost concern, because one wonders when will these unbeatable bots be utilized against online flesh and blood players. Naturally the worry is that the game of online poker will be ruined and become obsolete. That day will come when players won't be able to trust that their opponents are other human beings, rather than superior AI robotic programs, whom one can't compete against. In the future, I hope that there will be some foolproof way of verifying that all play at every table is not AI generated; but human throughout: in origin, execution and finalization of play.

That's interesting, but I dont believe it's impossible to beat the bot, bots can be mistaken like all others and we have turn and river yet to come so everything might work.

AI will only be getting better and better until it is much superior to humans.

I have to say that this is no surprise for me, and I think that any human player should be worried, even the high profile pros. The speed that the AI is evolving and is learning to solve problems and tasks is staggering, so I do not think it would be smart to put them next to humans at a poker table.