Silverback Gaming Adds The Golden Sail Experience to Its Portfolio 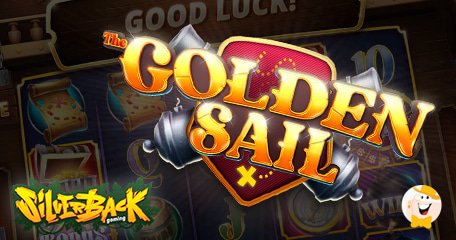 Silverback Gaming, a popular provider of slot releases, has bolstered its portfolio with the pirate-themed release, The Golden Sail. The new game takes players to the see following cooperation with Relax Gaming and its established Silver Bullet Program.

The latest release from the brand includes a 4×5 layout and 40 pay lines for interested players. Join this volatile experience and become one of the winners!

What Is Included in the Game

The Golden Sail stands out with many features such as Fire in the Hole, wilds, and similar. Wilds are fired out of a cannon, ending up on the reels where they spread even further. Players will also have an opportunity to claim a Big Wheel Bonus when three scatters appear on the reels. From that moment, users will have to choose from four sectors and unlock their prize.

During gameplay, there will be an additional opportunity for winnings. Included are 100 casino spins with rising Multipliers, Retriggers, and Canon Shot Wilds. We should also mention the trail bonus for players who pick a coin and progress along with the map in order to claim up to 10,000 of the prize. In addition to that, the game allows players to select one of the chests and win up to 100x.

The new release from Silverback Gaming will attract more customers to sample the option. The game will be available via Relax Gaming and its popular Silver Bullet program starting from February 25. The Golden Sail is also approved in territories such as the UK, Malta, Isle of Man, Sweden, and Denmark.

“The team has also done an incredible job when it comes to the design of the game, which is bold and striking, as well as the sound which comes together to create a truly immersive experience.”

Raphael also mentioned that the Silverback team is thrilled to launch the game via Relax, and they cannot wait to see players winning.

CPO at Relax Gaming, Simon Hammon, notes that his company “have curated a portfolio of highly entertaining and thrilling slot games.” with Silver Bullet program. They look forward to launching the game via partner operators and believe that the game will be a big hit among players.

“the pirate-themed release, The Golden Sail”

I really like the design of the game. This is a great addition to their portfolio.

I had a lot of fun playing this slot. The Pick Me Bonus is my favorite and 500x the bet sounds great.