Most players feel confident to sit down at a Video Poker machine because they have an understanding of poker hands and “what beats what”. But if you are really a good player then you know it takes more than that. Selecting the right cards to hold on the deal are key to up the odds of hitting a winning hand on the draw.

Identifying a poor Video Poker player is easy and if you ever sit down next to one it will make you cringe when observing what cards they hold and worse what they throw away.

It is important to maximize your potential profit and combine it with the probable odds of each hand dealt:

Four to a Flush 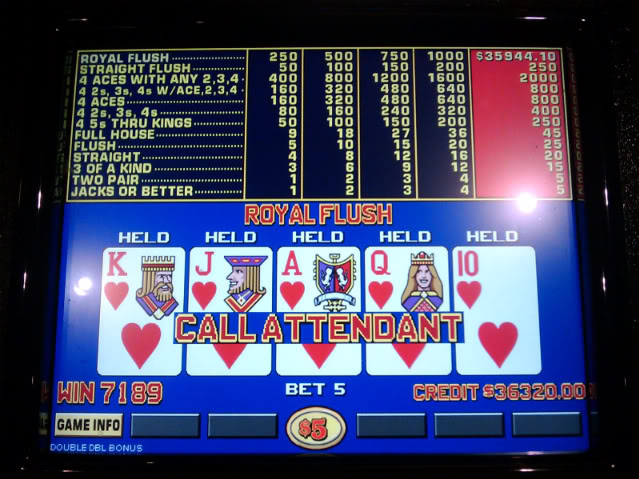 One Card Jacks or Better

High Card 10 or Under

Best hands to hold for the Royal Flush (A, K, Q, J, 10) is when two or more cards of the same suit are dealt. However there is an exception to this rule; when of the cards dealt is a 10. It is important to think Jacks or better in this situation and hold the face card, if there is an Ace in play that takes priority on your hold card and toss the 10.

One of the most frustrating hands to see players hold on the deal is two face cards of a different suit e.g. – holding the A and J when dealt A, J, 8, 5, 4 in an attempt to catch a pair or three of a kind. Better bet hold the one Ace.

Another common mistake players should avoid when playing a game that includes a “kicker” is holding a three of a kind and the kicker too on the deal e.g. dealt A, A, A, 2, 10. Smart bet hold the three Aces and discard the 2, 10 for better odds to hit the four of kind with two card dealt on the draw.

One of the trickiest hands for a player is a Full House hand dealt and deciding whether or not to go for the four of kind. A smart bet would be to hold the Full House unless there are three Aces or three 2s, 3s or 4s on a Video Poker game that offers a larger payout for these four of a kind hands.